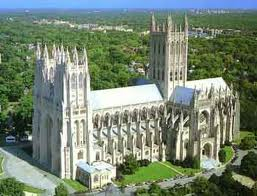 Ross Douthat’s new book, Bad Religion: How We Became a Nation of Heretics, is very helpful for Christians seeking to understand why the Church is in decline in the U.S. Before the book’s publication I gave a high-level look at its basic theses. In these next posts, I’ll share more details of Ross’s proposals and interact somewhat with his material.

Ross Douthat speaks of “five major catalysts” for the decline.

First, he points to the political polarization between Left and Right that drew many churches into it.

Mainline Protestants and some Catholics were pulled into line with the political positions of liberalism, while the evangelical churches (and again, some Catholics) became instruments of conservative political policy. He writes: “Issues that were swiftly turned to partisan ends by politicians in both parties…divided churches against one another as no controversies had since slavery.” As Robert Putnam has demonstrated in American Grace, this has greatly weakened the credibility of Christianity in the culture. Since so many parts of the Christian church are now strongly tied to one end of the political spectrum or the other, it means each branch of Christianity can be dismissed by a majority of the population (moderates and those on the other end of the spectrum) as partisan pawns. It has been particularly damaging to see white evangelicals voting overwhelmingly in the opposite way as black evangelicals. This has all given rise to a broadly held perception that religion is really not about God and the Bible but about politics.

We should keep in mind that in the 1950s, the two great enemies were the fascism of Hitler and the Communism of Stalin and Mao—both movements that had severely persecuted their national churches. Marxism was of course intensely atheist. And so in the average American’s mind, religion and Christianity were associated with freedom and democracy while secularism and atheism were not. Today, post 9-11, that has been completely reversed. In the average American’s mind religion and fundamentalism are associated with political extremism and terrorism. They are now seen as the enemies of pluralistic, western society.

Second, he points to the sexual revolution and the birth control pill that made it possible.

“Before the sexual revolution,” Douthat writes, “a rigorous ethic of chastity and monogamy had seemed self-evidently commonsensical even to many non-Christians.” Why? The fear of “illegitimacy, abandonment, and disease.” But the pill changed all this. “Over the course of a decade or so, a large swath of America decided that two millennia of Christian teaching on marriage and sexuality were simply out of date.” The arguments against the traditional ethic had been around for centuries, but the hard reality was that sex produced babies and so the only really safe sex was married sex. The pill swept that argument away. Now far more people wanted (and were free) to believe these arguments for extra-marital sex because of “the new sexual possibilities” that the birth control pill afforded.

The importance of the sexual revolution for the loss of Christianity’s credibility can’t be over-estimated. For centuries individuals have justified and rationalized sex outside of marriage, but this had never occurred on a culture-wide basis as it now did in the West. Today there are enormous numbers of professing Christians, including card-carrying evangelical believers, who simply have stopped practicing the Christian sex ethic. It is seen as unrealistic and even perverse by thousands of people who identify as believers. This is massively discrediting and makes Biblical faith implausible to hundreds of millions both inside and outside the church.

The new sexual view of the world is one of the main barriers today to belief in historic Christianity. Most apologetics books (including mine!) give a chapter to each of the main objections to the faith, and yet few address what is almost the number 1 “defeater” for young skeptics—the regressive and supposedly unrealistic Christian view of sex and homosexuality.

The third factor has been the dawn of globalization and the impression that Christianity was imperialistically “western”.

After World War II, the “Third World” de-colonialized—dozens of former Western colonies were given their freedom. “To celebrate the new global civilization was to celebrate the eclipse of European dominance…[and] to cast a cold eye across the many sins of Western civilization.” This occurred during the 1960s through the 1980s with the rise of academic studies of colonialism and western imperialism, through books about U.S. genocide toward Native Americans (e.g. Dee Brown’s Bury My Heart At Wounded Knee), through discovery of southern white churches’ resistance to Civil Rights (e.g. The 1988 film Mississippi Burning), and to the uncovering of the history of the European church’s support of anti-Semitism in the wake of the Nazi Holocaust. Meanwhile “the more the world was swept up in the drama of decolonialization and Third World empowerment, the more tainted Christianity seemed by its centuries of association with the now-discredited imperial projects of the European West.” Out of “Christian guilt” over all this, the number of professing Christians who were willing to say that their faith is the one, true faith plummeted. Globalization has seemed to support those who attack Christianity’s claims to uniqueness.

The fourth factor in Christianity’s decline, according to Douthat, is the enormous growth in the kind of material prosperity that generally works against faith.

This explanation was striking to me personally. Most religious-cultural analysts do not go here, but I found this argument persuasive. John Wesley was famous for his insistence that whenever a society (or a portion of society) becomes more wealthy, Christianity loses its power. Why? One underrated reason for the decline in the quality and quantity of those pursuing the ministry as a vocation is that other professions now provide far more wealth and status (as they did not 50 years ago). Another is that Biblical Christianity actually contains a very trenchant, powerful critique of greed and acquisition, as it does of sexual immorality. Just as the sexual revolution makes it hard for people to stomach one part of Biblical wisdom, so a highly materialistic society makes it hard to stomach the other. In addition, the consumerism of our culture is so pervasive and powerful that it has shaped American Christians’ attitude toward the church—namely, it makes the church irrelevant. Americans are conditioned to think of themselves as customers of goods and services, and churches as vendors that can be used or discarded on the basis of cost-benefit analysis. Douthat adds that in a materialistic society people are extremely mobile and they tend to commute long-distances to work. “Religious community proved harder to sustain in the new commuter society than it had been in an America of small towns and urban neighborhoods.” That’s right. In a society of increasing wealth, human community becomes less important for sustaining your life. Both church and neighborhood becomes superfluous.

The fifth and final factor in Christianity’s decline is the loss of the elites and the academic and cultural institutions they control.

In some ways all of the other four factors have had their most powerful impact on what Christopher Lasch called the “knowledge classes”—the most educated and affluent, and this in turn magnifies secularization, because this class controls the media, newspapers, and networks, the academy, publishing, the arts, the most powerful and rich foundations, and much of the government and business world. Here Ross sounds a lot like Lasch (The Revolt of the Elites: And the Betrayal of Democracy) or James Hunter’s To Change the World. He argues that the educated and affluent have “gained the most from the new sexual freedoms and…suffered the least from their darker repercussions.” They were more cosmopolitan, multi-cultural, and well-traveled, and so they held more intensely to the view that religion was culturally narrow and imperialistic. The result is that the cultural elites have not merely “rejected” the faith. “Orthodoxy was less rejected than dismissed, reflexively, as something unworthy of an educated person’s intellect and interest.”

Article above posted originally on April 18, 2012 at: http://redeemercitytocity.com/blog/

All quotes taken from Ross Douthat, Bad Religion: How We Became a Nation of Heretics (Free Press, 2012) pp.65-81

About Ross Gregory Douthat: (pronounced /ˈdaʊθət/; born November 28, 1979) is a conservative American author, blogger and New York Times columnist. He was a senior editor at The Atlantic and is author of Privilege: Harvard and the Education of the Ruling Class (Hyperion, 2005) and, with Reihan Salam, Grand New Party (Doubleday, 2008), which David Brooks called the “best single roadmap of where the Republican Party should and is likely to head.” He is a film critic for National Review and has also contributed to The New York Times, The Wall Street Journal, The Weekly Standard, the Claremont Review of Books, GQ, Slate, and other publications.

About Tim Keller: was born and raised in Pennsylvania, and educated at Bucknell University, Gordon-Conwell Theological Seminary, and Westminster Theological Seminary. He was first a pastor in Hopewell, Virginia. In 1989 he started Redeemer Presbyterian Church in Manhattan with his wife, Kathy, and their three sons. Today, Redeemer has more than five thousand regular attendees at five services, a host of daughter churches, and is planting churches in large cities throughout the world. He is the author of KING’S CROSS, THE MEANING OF MARRIAGE, COUNTERFEIT GODS, THE PRODIGAL GOD, and the New York Times bestseller THE REASON FOR GOD, SELF-FORGETFULNESS  & the forthcoming CENTER CHURCH (August 2012).