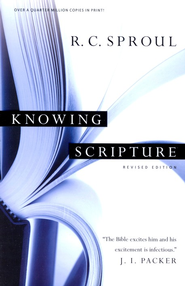 1: READ THE BIBLE LIKE ANY OTHER BOOK – The Bible does not take on some special magic that changes basic literary patterns of interpretation.

2: READ THE BIBLE EXISTENTIALLY – We ought to get passionately and personally involved with what we read. We should seek to “crawl in the skin” of the characters we are reading about so that we get absorbed into the world of the text, so that their world begins to shape us. By trying to put ourselves in the life situation of the characters of Scripture, we can come to a better understanding of what we are reading. This is the practice of empathy, feeling the emotions of the characters we are studying. Such reading between the lines may not be regarded as part of the text of Scripture itself but will aid in our understanding the flavor of what is happening.

3: INTERPRET THE HISTORICAL NARRATIVES BY THE DIDACTIC (‘Teaching’ or ‘Doctrinal’ Passages) – The term didactic comes from the Greek word that means to teach or to instruct. Didactic literature teaches or explains. Much of Paul’s writing is didactic in character. The relationship between the Gospels and the Epistles often has been defined in simple terms of saying that the Gospels record what Jesus did and the Epistles interpret the significance of what He did. It is true that the emphasis in the Gospels is found in the record of events, while the Epistles are more concerned with interpreting the significance of those events in terms of doctrine, exhortation and application…The principle of interpreting the narrative by the didactic is not designed to set apostle against apostle or apostle against Christ. It is merely recognizing one of the principle tasks of the apostle, to teach and to interpret the mind of Christ for His people.

4: INTERPRET THE IMPLICIT BY THE EXPLICIT – When an implication is drawn that is contradictory to what is explicitly stated, the implication must be rejected. If we interpret the clear in light of the obscure, we drift into a kind of esoteric interpretation that is inevitably cultic. The basic rule is that of care: careful reading of what the text is actually saying will save us from much confusion and distortion.

5: DETERMINE CAREFULLY THE MEANING OF WORDS – Only the context can determine the particular meaning of a word.

6: NOTE THE PRESENCE OF PARALLELISMS – Parallelism may be defined as a relationship between two or more sentences or clauses that correspond in similarity or are set with each other. There are three basic types of parallelism: synonymous, antithetic, and synthetic.

Synonymous parallelism occurs when different lines or parts of a passage present the same thought in a slightly altered manner of expression. For example:

“A false witness will not go unpunished,

And: “Come, let us worship and bow down,

Antithetic parallelism occurs when the two parts are set in contrast to each other. They may say the same thing but say it by way of negation.

But a scoffer does not listen to rebuke” (Proverbs 13:1).

And: “Poor is he who works with a negligent hand,

But the hand of the diligent makes rich” (Proverbs 10:4).

Synthetic parallelism is a but more complex than the other forms. Here the first part of the passage creates a sense of expectation that is completed by the second part. It can also move in progressive, “staircase” movement to a conclusion in a third line.

“For, behold, Your enemies, O LORD,

For, behold, Your enemies will perish;

“Give to him who asks of you,

and do not turn away from him who wants to borrow from you” (Matthew 5:42).

“Ask, and it will be given to you; seek and you shall find;

7: NOTE THE DIFFERENCE BETWEEN A PROVERB AND A LAW – Proverbs are catchy little couplets designed to express practical truisms. They reflect principles of wisdom for godly living. They do not reflect moral laws that are to be applied to absolutely every conceivable life situation.

9: BE CAREFUL WITH PARABLES – Some parables are extended similes, others are comparative stories, and still others have an obvious moral application. The safest way to look at parables is to look for one basic central point in them.

10: BE CAREFUL WITH PREDICTIVE PROPHECY – If we examine how the NT treats the OT prophecy, we discover that in some cases an appeal is made to the fulfillment of the letter (such as the birth of the Messiah in Bethlehem) and in others fulfillment has a broader scope (such as the fulfillment of Malachi’s prophecy of the return of Elijah).  When interpreting Apocalyptic literature (e.g., Daniel, Ezekiel, Revelation) it’s important to seek the general meaning of such images in the Bible itself. For example, most of the images of the book of Revelation are found elsewhere in the Bible, particularly in the Old Testament.

11: INTERPRET THE BIBLE WITH A SPIRIT OF HUMILITY – We must humbly acknowledge the possibility that at some points we could be mistaken…If my views cannot stand the test of objective analysis and verification, humility demands that I abandon them.

The Analogy of Faith – (Sacra Scriptura sui interpres) – Scripture is to interpret Scripture. This simply means that no part of Scripture can be interpreted in such a way to render it in conflict with what is clearly taught elsewhere in Scripture. For example, if a given verse is capable of two renditions or variant interpretations and one of those interpretations goes against the rest of Scripture while the other is in harmony with it, then the latter interpretation must be used.

Since it is assumed that God would never contradict Himself, it is thought slanderous to the Holy Spirit to choose an alternate interpretation that would unnecessarily bring the Bible in conflict with itself. The analogy of faith keeps the whole Bible in view lest we suffer from the effects of exaggerating one part of Scripture to the exclusion of others.

Interpreting the Bible Literally – The literal sense offers restraint from letting our imagination run away in fanciful interpretation and invites us to examine closely the literary forms of Scripture. The term literal comes from the Latin litera meaning “letter.” To interpret something literally is to pay attention to the litera or to the letters or words being used. To interpret the Bible literally is to interpret it as literature. That is, the natural meaning of a passage is to be interpreted according to the normal rules of grammar, speech, syntax and context.

The Bible may be a very special book, being uniquely inspired by the Holy Spirit, but that inspiration does not transform the letters of the words or the sentences of the passages into magical phrases. Under inspiration a noun remains a noun and a verb remains a verb. Questions do not become exclamations, and historical narratives do not become allegories.

The Problem of Metaphor – A metaphor is a figure of speech in which a word or a phrase literally denoting one kind of object or idea is used in place of another to suggest a likeness or analogy between them (e.g., Jesus saying: “I am the door; if anyone enters through Me, he will be saved.”).

The Medieval Quadriga – The “fourfold” method of interpretation examined each text for four meanings: literal, moral, allegorical, and analogical meanings. The literal sense of Scripture was defined as the plain and evident meaning. The moral sense was that which instructed humans how to behave. The allegorical sense revealed the content of faith, and the analogical expressed future hope. Thus passages, for example, that mentioned Jerusalem were capable of four different meanings. The literal sense referred to the capital of Judea and the central sanctuary of the nation. The moral sense of Jerusalem is the human soul (the “central sanctuary” of a person). The allegorical meaning of Jerusalem is the church (the center of Christian community). The analogical meaning of Jerusalem is heaven (the final hope of future residence for the people of God). Thus a single reference to Jerusalem could mean four things at the same time. If the Bible mentioned that people went up to Jerusalem, it meant that they went to a real earthly city, or that their souls “went up” to a place of moral excellence, or that we should someday go to heaven. During the reformation there was a firm reaction to this type of allegorizing. The Martin Luther rejected multiple meanings to biblical passages, he did not thereby restrict the application of Scripture to a single sense. Though a scriptural passage has one meaning, it may have a host of applications to the wide variety of nuances to our lives.

The Grammatical Historical Method – The grammatical-historical method focuses our attention on the original meaning of the text lest we “read into Scripture” our own ideas drawn from the present. Grammatical structure determines whether words are to be taken as questions (interrogative), commands (imperative) or declarative (indicative). For example, when Jesus says, “You shall be My witnesses” (Acts 1:8), is He making a prediction of future performance or issuing a sovereign mandate? Though the English form is unclear, the Greek structure of the words makes it perfectly clear that Jesus is not indulging in future prediction but issuing a command.

Other ambiguities of language can be cleared up and elucidated by acquiring a working knowledge of grammar. For example, when Paul says at the beginning of his epistle to the Romans that he is an apostle called to communicate “the gospel of God,” what does he mean by of? Does the of refer to the content of the gospel or its source? Does of really mean “about,” or is it a genitive of possession? The grammatical answer will determine whether Paul is saying that he is going to communicate a gospel that comes from and belongs to God. There is a big difference between the two, which can only be resolved by grammatical analysis. In this case the Greek structure reveals a genitive of possession, which answers the question for us.

Source Criticism – For example if we follow the notion that Mark was the first Gospel written and that Matthew and Luke had Mark’s Gospel in front of them as they wrote, many of the questions of the relationship of the Gospels can be explained. We see further that both Luke and Matthew include certain information that is not found in Mark. Thus it seems that Luke and Matthew had a source of information available to them that Mark did not have or did not choose to use. Examining further, we find certain information found in Matthew that is found neither Mark nor Luke, and information that is in Luke that is found only in Luke. By isolating the material found only in Matthew or only in Luke, we can discern certain things about their priorities and concerns in writing. Knowing why an author writes what he writes helps us to understand what he writes. In contemporary reading it is important to read the author’s preface because the reasons and concerns for writing are usually spelled out there.

Authorship and Dating – If we know who wrote a particular book and know when that person lived, then of course we know the basic period when the book was written. If we know who wrote a book, to whom, under what circumstances and at what period of history, that information will greatly ease our difficulty in understanding it. By using methods of source criticism we can isolate materials common to particular writes (e.g. – most of the material we have about Joseph is found in Matthew because he was writing to a Jewish audience and the Jews had legal questions concerning Jesus’ claim of messiah-ship. Jesus’ legal father was Joseph, and that was very important for Matthew to show in order to establish the tribal lineage of Jesus).

Grammatical Errors – When Martin Luther said the “Scriptures never err,” he means that they never err with respect to the truth of what they are proclaiming.