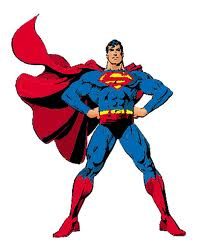 After a week of meetings in Pittsburgh, a man came up to meet me following the service. A former missionary and member of the church for over thirty years, he said something to me I still haven’t been able to classify as either a compliment or something otherwise. “Steve,” he said, “I’ve really appreciated what you’ve said this week.” I told him I was glad. Then he added, “I’ve been in church all my life, and all my life I’ve heard pastors say that they were sinners. You’re the first one I ever really believed.”

Though I still chuckle about that remark, I acknowledge with complete sincerity his observation. You see, I’m not a pastor and radio preacher because I’m good or have abilities or because I’m talented. I’m where I’m at because God put me here. And sometimes I’ll be soft and sometimes I’ll be hard, but you remember, I’m just like you. God must remind me over and over that even when people call me Reverend, I’m not. Christ established an equality in the brotherhood that has direct implications for me as well as for you.

In every congregation of believers, God sets aside brothers and sisters who are called of God to lead. But the problem is, sometimes we get the idea that we are God’s gift to the world, and when that happens, the delicate balance between gifted leadership and ecclesiastical elitism gets shattered. There’s no room in the Body of Christ for elitism of any sort. That’s the world’s way.

“Who is it?” asked Prince Albert.

“It is the Queen of England.”

Dead silence. The again the question: “Who is it?”

“It is your sovereign ruler,” replied the Queen.

“It is your wife, Victoria, Albert.”

At that point Albert opened the door.

You may be an elder or deacon or a leader in your Sunday school. Perhaps you lead in some of the other groups in your church and conduct Bible studies. Whatever your role, I thank God for you. But remember that you’re doing it (or at least should be) because God told you to do it, not because you’re a super Christian. There are no super Christians in the body of Christ. All of us are just one among equals. So when a Christian brother or sister stands on the pedestal of his or her own status…when a peacock feathers start flying in the breeze…don’t bow. That kind of behavior doesn’t need to be encouraged. Honesty does. The importance of being honest and acknowledging our true condition and coequal status cannot be overstated.

When a Christian gets honest, something exciting happens. We get to the point where God can use us. Evangelist D.L. Moody once said, “I’ve had more trouble with D.L. Moody than with any other man I’ve ever known.” Thomas a Kempis said, “Be not angry that you cannot make others as you wish them to be since you cannot make yourself as you wish yourself to be.” If we don’t get honest with ourselves, then God is going to force it on us.

Let me tell you a prayer that God always answers: “Lord, show me myself.” Don’t pray it unless you mean it because God will surely answer you, and you won’t like what you see. But he’ll make you different through it—I guarantee it.

Super Christians? They don’t exist. There are only sinners saved by the blood of the Lamb. Remember the next time you find yourself enjoying compliments so much. If you listen carefully, you will hear them sound like a cape flapping vainly in the wind.

*Steve Brown is a radio broadcaster, seminary professor and author. He previously served as a pastor for over twenty-five years and now devotes much of his time to the radio broadcast, Key Life. 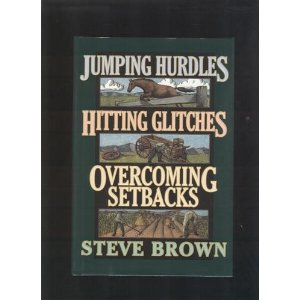 With such varied experience and unique perspective on life, Steve is an original. He refuses to be a “guru,” doesn’t want to be anyone’s mother and gives, in his teaching, the freedom to think. Overall, Steve has become known for his refreshing and practical Biblical applications.

Steve serves as Professor Emeritus of Preaching and Pastoral Ministry at Reformed Theological Seminary. He sits on the board of the National Religious Broadcasters and Harvest USA. Traveling extensively, Steve is a much-in-demand speaker.

Steve is the author of numerous books including A Scandalous Freedom, Approaching God, When Being God Isn’t Good Enough, What Was I Thinking? And Three Free Sins. His articles appear in such magazines and journals as Leadership, Decision, Plain Truth and Today’s Christian Woman. Article above “No Super Christians” adapted from Steve Brown, Jumping Hurdles, Hitting Glitches, Overcoming Setbacks, Colorado Springs, NavPress, 1992, 107-108.