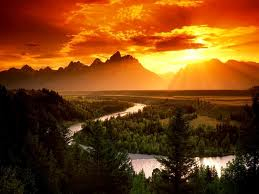 While revivals are usually talked about at the corporate or societal level, they all begin with individuals. One of the spiritual giants in the history of the church addresses the bottom line of individual responsibility.

Any Christian who desires to may at any time experience a radical spiritual renaissance, and this altogether independent of the attitude of his fellow Christians.

The important question now is, How? Well, here are some suggestions which anyone can follow and which, I am convinced, will result in a wonderfully improved Christian life.

(1) Get thoroughly dissatisfied with yourself. Complacency is the deadly enemy of spiritual progress. The contented soul is the stagnant soul. When speaking of earthly goods Paul could say, “for I have learned, in whatsoever state I am, therewith to be content” (Philippians 4:11); but when referring to his spiritual life he testified, “I press toward the mark” (3:14). “Thou stir up the gift of God, which is in thee” (2 Timothy 1:6).

(2) Set your face like a flint toward a sweeping transformation of your life. Timid experimenters are tagged for failure before they start. We must throw our whole soul into our desire for God. “The kingdom of heaven suffereth violence, and the violent take it by force” (Matthew 11:12).

(3) Put yourself in the way of the blessing. It is a mistake to look for grace to visit us as a kind of benign magic, or to expect God’s help to come as a windfall apart from conditions known and met. There are plainly marked paths which lead straight to the green pastures; let us walk in them. To desire revival, for instance, and at the same time to neglect prayer and devotion is to wish one way and walk another.

(4) Do a thorough job of repenting. Do not hurry to get it over with. Hasty repentance means shallow spiritual experience and lack of certainty in the whole life. Let godly sorrow do her healing work. Until we allow the consciousness of sin to wound us, we will never develop a fear of evil. It is our wretched habit of tolerating sin that keeps us in our half-dead condition.

(5) Make restitution whenever possible. If you owe a debt, pay it, or at least have a frank understanding with your creditor about your intention to pay, so your honesty will be above question. If you have quarreled with anyone, go as far as you can in an effort to achieve reconciliation. As fully as possible make the crooked things straight.

(6) Bring your life into accord with the Sermon on the Mount and such other New Testament Scriptures as are designed to instruct us in the way of righteousness. An honest man with an open Bible and a pad and pencil is sure to find out what is wrong with him very quickly. I recommend that the self-examination be made on our knees, rising to obey God’s commandments as they are revealed to us from the Word. There is nothing romantic or colorful about this plain, downright way of dealing with ourselves, but it gets the work done. Isaac’s workmen did not look like heroic figures as they digged in the valley, but they got the wells open, and that was what they had set out to do.

(7) Be serious-minded. You can well afford to see fewer comedy shows on TV. Unless you break away from the funny boys, every spiritual impression will continue to be lost to your heart, and that right in your own living room. The people of the world used to go to the movies to escape serious thinking about God and religion. You would not join them there, but you now enjoy spiritual communion with them in your own home. The devil’s ideals, moral standards and mental attitudes are being accepted by you without your knowing it. And you wonder why you can make no progress in your Christian life. Your interior climate is not favorable to the growth of spiritual graces. There must be a radical change in your habits or there will not be any permanent improvement in your interior life.

(8) Deliberately narrow your interests. The jack-of-all-trades is the master of none. The Christian life requires that we be specialists. Too many projects use up time and energy without bringing us nearer to God. If you will narrow your interests, God will enlarge your heart. “Jesus only” seems to the unconverted man to be the motto of death, but a great company of happy men and women can testify that it became to them a way into a world infinitely wider and richer than anything they had ever known before. Christ is the essence of all wisdom, beauty and virtue. To know Him in growing intimacy is to increase in appreciation of all things good and beautiful. The mansions of the heart will become larger when their doors are thrown open to Christ and closed against the world and sin. Try it.

(9) Begin to witness. Find something to do for God and your fellow men. Refuse to rust out. Make yourself available to your pastor and do anything you are asked to do. Do not insist upon a place of leadership. Learn to obey. Take the low place until such time as God sees fit to set you in a higher one. Back your new intentions with your money and your gifts, such as they are.

(10) Have faith in God. Begin to expect. Look up toward the throne where your Advocate sits at the right hand of God. All heaven is on your side. God will not disappoint you. If you will follow these suggestions you will most surely experience revival in your own heart. And who can tell how far it may spread? God knows how desperately the church needs a spiritual resurrection. And it can only come through the revived individual. 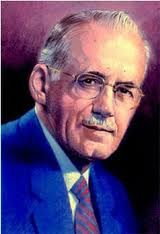 About the Author: Aiden Wilson Tozer was born April 21, 1897, on a small farm among the spiny ridges of Western Pennsylvania. Within a few short years, Tozer, as he preferred to be called, would earn the reputation and title of a “20th-century prophet.”

Able to express his thoughts in a simple but forceful manner, Tozer combined the power of God and the power of words to nourish hungry souls, pierce human hearts, and draw earthbound minds toward God.

When he was 15 years old, Tozer’s family moved to Akron, Ohio. One afternoon as he walked home from his job at Goodyear, he overheard a street preacher say, “If you don’t know how to be saved . . . just call on God.” When he got home, he climbed the narrow stairs to the attic where, heeding the preacher’s advice, Tozer was launched into a lifelong pursuit of God.

In 1919, without formal education, Tozer was called to pastor a small storefront church in Nutter Fort, West Virginia. That humble beginning thrust him and his new wife Ada Cecelia Pfautz, into a 44-year ministry with The Christian and Missionary Alliance.

Thirty-one of those years were spent at Chicago’s Southside Alliance Church. The congregation, captivated by Tozer’s preaching, grew from 80 to 800.

In 1950 Tozer was elected editor of the Alliance Weekly now called Alliance Life. The circulation doubled almost immediately. In the first editorial dated June 3, 1950, he set the tone: “It will cost something to walk slow in the parade of the ages while excited men of time rush about confusing motion with progress. But it will pay in the long run and the true Christian is not much interested in anything short of that.”

Tozer’s forte was his prayer life which often found him walking the aisles of a sanctuary or lying face down on the floor. He noted, “As a man prays, so is he.” To him the worship of God was paramount in his life and ministry. “His preaching as well as his writings were but extensions of his prayer life,” comments Tozer biographer James L. Snyder. An earlier biographer noted, “He spent more time on his knees than at his desk.”

Tozer’s love for words also pervaded his family life. He quizzed his children on what they read and made up bedtime stories for them. “The thing I remember most about my father,” reflects his daughter Rebecca, “was those marvelous stories he would tell.”

Son Wendell, one of six boys born before the arrival of Rebecca, remembers that, “We all would rather be treated to the lilac switch by our mother than to have a talking-to by our dad.”

Tozer’s final years of ministry were spent at Avenue Road Church in Toronto, Canada. On May 12, 1963, his earthly pursuit of God ended when he died of a heart attack at age 66. In a small cemetery in Akron, Ohio, his tombstone bears this simple epitaph: “A Man of God.”

Some wonder why Tozer’s writings are as fresh today as when he was alive. It is because, as one friend commented, “He left the superficial, the obvious and the trivial for others to toss around. . . . [His] books reach deep into the heart.”

His humor, written and spoken, has been compared to that of Will Rogers–honest and homespun. Congregations could one moment be swept by gales of laughter and the next sit in a holy hush.

For almost 50 years, Tozer walked with God. Even though he is gone, he continues to speak, ministering to those who are eager to experience God. As someone put it, “This man makes you want to know and feel God.”

If you haven’t read any of his over fifty published books I’d recommend that you start with his classic devotional on the attributes of God entitled: The Knowledge of the Holy (It’s one of those books I go back to time and time again to be renewed and refreshed in my intimacy with God).