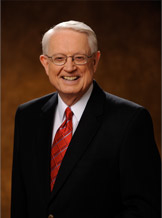 Philanthropy says…Be unselfish, give yourself.

And on and on goes the quest of man. No wonder people are confused! Pick any thought-dish from this smorgasbord of human philosophy, then digest it completely…and you will find yourself suffering from the worst case of indigestion imaginable. It may smell good and even satisfy your rhetorical palate during the time you are consuming it…but it will leave you hungry, uneasy, and searching for something else to satisfy.

Rollo May’s word’s often interrupt my thinking as I ponder the plight of searching men and women today: “It is an old and ironic habit of human beings to run faster when we have lost our way.”

And so it is! Look across your office desk tomorrow and chances are you’ll be observing a living example of someone still searching, still running to find inner satisfaction. Step out in front of your apartment or home tomorrow morning and look both ways…listen to the roar of automobiles…study the dwellings around you. Those sights and sounds represent people who have, like Little Bo-Peep’s sheep, “lost their way,” and, tragedy upon tragedy—they don’t know where to find it. Many of them have tried hard to “be religious” or “live by the golden rule” or “tie a knot and hang on” or “be sincere,” but they are still running blind and bored and baffled.

They are attempting to fill the inner vacuum with everything but the only thing. You name it, it’s being tried. As Henry Thoreau declared: “The mass of men lead lives of quiet desperation.”

Robert Ingersol, the bold and brilliant agnostic, spent many years of his life opposing and attacking the Scriptures and Christ’s claims. On his deathbed…at the end of his race, he uttered:

“Life is a narrow veil between the cold and barren peaks of two eternities. We strive in vain to look beyond the heights. We cry aloud, and the only answer is the echo of our wailing cry.”

Ingersol’s pursuit is best described in the bumper sticker I saw on my way to work:

Pontius Pilate, Judea’s notorious governor, stood eyeball to eyeball with Jesus of Nazareth. In the judicial process of interrogation, he heard Christ refer to “everyone who is of the truth,” to which Pilate replied, “What is truth?” That question hangs heavily on the thin wire of reason in many a mind in this very hour. Pilate never waited for an answer. Jesus could have told him that He alone had satisfying words of life…for He alone is “the way, the truth, and the life” (John 14:6).

God says…Be in Christ, rest yourself.

“Man’s Quest” was written by Chuck Swindoll and is excerpted from the excellent devotional book: Growing Strong in the Seasons of Life. Portland: Multnomah, 1983, pp. 216-217.

About the Author: In the summer of 1977, the sermons that Chuck Swindoll preached at the First Evangelical Free Church in Fullerton, California, were broadcast on twenty-seven stations in the United States. Listeners responded immediately to the lively message of this down-to-earth pastor who could communicate God’s truth in terms they could understand and apply to their lives. In 1979, the radio ministry of Insight for Living was officially born, beginning on just a handful of stations. Today, more than two thousand stations carry the program around the world in seven different languages.

Two passions have directed the life and ministry of Chuck Swindoll: an unwavering commitment to the practical communication and application of God’s Word and an untiring devotion to seeing lives transformed by God’s grace. Chuck has devoted more than four decades to these goals, and he models the contagious joy that springs from enthusiastically following Jesus Christ

While on the island of Okinawa during his tour of duty in the United States Marine Corps, Chuck recognized that the Lord was calling him to devote his life to the gospel ministry. With Cynthia, his partner in life for more than fifty-one years, Chuck has devoted himself to the challenge of communicating practical, biblical truth and its application in the context of God’s grace.

After being honorably discharged from the Marine Corps, Chuck enrolled in Dallas Theological Seminary [DTS]. Chuck’s course of study at DTS and the lifelong mentors he met there have permanently marked his life and the course of his ministry.

Chuck has also received four honorary doctorate degrees in recognition of his outstanding contributions to ministry:

For more than forty years, Chuck’s pulpit ministry has emphasized the grace of God alongside an uncompromising commitment to practical, biblical truth and its application. He has served the following congregations in his pastoral ministry:

As a pastor, Chuck has received the following awards:

Ranked second to Rev. Billy Graham in a 2009 survey which asked 800 Protestant pastors to name the living Christian preachers who most influenced them (survey conducted by LifeWay Research).

Chuck’s congregation extends far beyond the local church body. Through the Insight for Living broadcast, Chuck’s teaching is on the air in every major Christian radio market in all fifty states and  through more than 2,100 outlets worldwide in numerous foreign languages, and it is also available to an exploding Webcast and podcast audience. While Chuck serves as chairman of the board, his wife, Cynthia, serves as president and chief executive officer of Insight for Living. They have directed its expansion to become one of the leading radio programs in Christian broadcasting. Their leadership has made Chuck’s messages accessible to 100 percent of the world’s population. Headquartered in Plano, Texas, Insight for Living now has a staff of over 125 employees. We also maintain offices in Melbourne for our Australian listeners, in Brasilia for our Brazilian listeners, in Vancouver for our Canadian listeners, and in London for our listeners in the United Kingdom.

As teacher on Insight for Living, Chuck has received the following awards:

Chuck’s prolific writing ministry has blessed the body of Christ for over thirty years. Beginning with You and Your Child in 1977, Chuck has contributed more than seventy titles to a worldwide reading audience. His most popular books in the Christian Bookseller’s Association include: Strengthening Your Grip, Improving Your Serve, Dropping Your Guard, Living on the Ragged Edge, Living Above the Level of Mediocrity, The Grace Awakening, Simple Faith, Laugh Again, The Finishing Touch, Intimacy with the Almighty, Suddenly One Morning, The Mystery of God’s Will, Wisdom for the Way, The Darkness and the Dawn, A Life Well Lived, and the Great Lives from God’s Word series, which includes Joseph, David, Esther, Moses, Elijah, Paul, Job, Jesus: The Greatest Life of All, and his most recent addition, The Church Awakening: An Urgent Call for Renewal.

As a writer, Chuck has received the following awards:

Twelve Gold Medallion Awards, more than any other Christian author to date

After serving as Dallas Theological Seminary’s fourth president for seven years (1994–2001), Chuck became the seminary’s chancellor in 2001. As the sixth-largest seminary in the world, DTS’s primary goal is to equip godly servant-leaders for the proclamation of God’s Word and the building up of the body of Christ worldwide, a mission Chuck wholeheartedly supports in his life and teaching. He continues to uphold the school’s motto, “Preach the Word,” as he serves in leadership at Dallas Theological Seminary, at Insight for Living, and at Stonebriar Community Church.