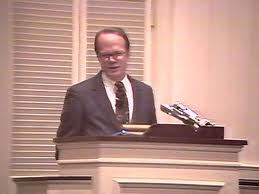 “Whether you can see it or not – and often we cannot – everything is being used of God for your good as well as the good of others…This knowledge is by faith. It is not always by sight. But it is nevertheless certain, because it is based on the character of God, who reveals himself to us as both sovereign and benevolent…We are not to be anxious about the unknown future or to fret about it. We are to live in a moment-by-moment dependence upon God.” – excerpt from notes I took from a late 1980’s sermon of Dr. Boice

*Dr. James Montgomery Boice, just 8 weeks after being diagnosed with a fatal liver cancer, died in his sleep on June 15, 2000. The senior pastor of Tenth Presbyterian Church in Philadelphia, he was a world-famous Bible teacher, author, and statesman for Reformed theology. He informed his congregation of 32 years of his condition on May 7, proclaiming his complete confidence in God’s sovereignty and goodness.

In the past 72 years, historic Tenth Presbyterian Church had two senior pastors, Donald Grey Barnhouse and James Montgomery Boice – previous to Dr. Philip Graham Ryken (Currently the President at Wheaton College). Founded in 1828, the church itself predates their tenure by another hundred years. Tenth Presbyterian Church lies in the very heart of the city and today has about 1,200 members.

James Montgomery Boice accepted the position as senior pastor in 1968, and was the teacher of the Bible Study Hour since 1969 and the more recent God’s Word Today broadcast as well. Dr. Boice held degrees from Harvard, Princeton Theological Seminary, and the University of Basel, Switzerland. He had written or contributed to nearly 50 books, including Foundations of the Christian Faith, Living by the Book, and exegetical commentaries on Genesis, Psalms, Acts, and Romans.

He was no less involved in the preserving of the fundamentals of the faith than his predecessor, Dr. Barnhouse. In 1985, Boice assumed the presidency of Evangelical Ministries, Inc., the parent organization of the Bible Study Hour, Bible Study Seminars, Bible Studies magazine, and other teaching ministries. In 1997, Evangelical Ministries merged with Christians United for Reformation and the Alliance of Confessing Evangelicals, taking the latter as the new organization’s name, and Dr. Boice assumed the presidency. In 1997, he was a founding member of, and chaired, the International Council on Biblical Inerrancy.

Of particular concern to Boice was the matter of the church and her relationship to and engagement of society. His recent book, Two Cities, Two Loves, maintains that Christians are citizens of the kingdom of this world and the kingdom of heaven and that they have responsibilities in each. He urged Christians to “participate in secular life rather than merely shoot from the sidelines at secular people.”

His wife, Linda, and three daughters survive Dr. Boice. Characteristic of his ministry was his pushing Christians to commit themselves to staying in one place. He lived what he preached, committing to the church and his downtown neighborhood for 30 years. A gifted pastor and leader, he turned down many attractive opportunities in order to build a sense of permanence and belonging. And he urged his parishioners to do the same.

One thought on “Why Not Be Anxious? A Great Quote From Dr. James M. Boice”