It’s Better to Respond Than to React 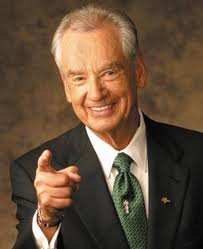 When you respond to life, that’s positive; when you react to life, that’s negative. Example: You get sick and go to the doctor. Chances are good that after an examination, she would give you a prescription with instructions to return in several days. If, when you walk back in, the doctor starts shaking her head and says, “It looks like your body is reacting to the medicine; we’re going to have to change it,” you probably would get a little nervous. However, if the doctor smiles and says, “You’re looking great! Your body is responding to the medication,” you would feel relieved. Yes, responding to life is good. Reacting to the incidents of life is negative-and that’s bad.

The next example validates that fact.

Today, there is much turmoil in the job market, and many people are losing their jobs through downsizing, mergers, and takeovers. This creates some unusual opportunities for many people. One positive from this trend is that in the last five years, according to the Wall Street Journal, more than fifteen million new businesses have been created, well over half of them by women. Very few of the women had any marketable skills, and all of them had great financial need. Most of the new businesses were “trust” businesses, meaning that the women collected the money before they delivered the goods or services. The Journal comments that virtually none of the women have been prosecuted and jailed for failure to deliver on that trust. That’s exciting!

Many of these new businesses-possibly most of them-would never have been started had not an unfortunate event occurred in the people’s lives. When those events did occur and needs became obvious, the women chose to respond, and there is little doubt that many of them are better off now than they were before the “tragedy” took place.

The message is clear: If you respond to life instead of react to it, then you’ve got a much better chance of achieving success.

Zig Ziglar was born in Coffee County, Alabama on November 26, 1926 and was the tenth of 12 children. In 1931, when Ziglar was five years old, his father took a management position at a Mississippi farm, and family moved to Yazoo City, Mississippi, where he spent his early childhood. In 1932, his father died of a stroke, and his younger sister died two days later.

Ziglar later worked as a salesman in a succession of companies. In 1968 he became the vice president and training director for the Automotive Performance company, moving to Dallas, Texas.

In 1970, Ziglar went into the business of motivational speaking full-time, with an emphasis on Christian values. Until then, he called himself by his given name, Hilary, but now satarted using his nickname, Zig, instead.

Until 2010 (aged 86) Ziglar traveled around the world taking part in motivational seminars, but has been somewhat limited recently due to a fall down a flight of stairs in 2007 that has impaired his short-term memory and physical abilities.

Through the ups and downs of life Ziglar has maintained his optimism and encouraged thousands of people to be their best in the particular endeavors to which God has called them. Zig Ziglar is one of the most inspirational people on the planet today and is a terrific example of someone who has embraced the struggle of life giving God the glory each step of the way.

The article above was adapted from one of Zig’s many encouraging books: Something to Smile About: Encouragement and Inspiration for Life’s UPS and DOWNS. Nashville: Thomas Nelson, 1997.

Zig Ziglar. Something Else To Smile About: More Encouragement and Inspiration for Life’s Ups and Downs. Nashville: Thomas Nelson (2010).

Zig Ziglar. Something to Smile About: Encouragement and Inspiration for Life’s UPS and DOWNS. Nashville: Thomas Nelson (1997).

Zig Ziglar. Top Performance: How to Develop Excellence in Yourself and Others. New York: Berkley Books (1986).