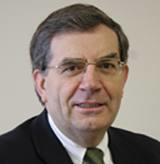 When Sereno E. Dwight included the seventy resolutions in his biography of his great-grandfather Jonathan Edwards, he added the arresting comment: “These were all written before he was twenty years of age.”

Doubtless the resolutions display the marks of relative youth — references to God are frequent, while references to Christ and to grace are noticeably infrequent. Edwards’ sense of the need for radical consecration was then greater than his ability to show how such devotion would need to be resourced in Christ over the long haul. While this is not wholly lacking, there is no doubt that introspection dominates over divine provision. That notwithstanding, the “Resolutions” provide a very powerful illustration of an often-repeated divine pattern: those the Lord means to use significantly he often deals with profoundly in early years.

Edwards stood in a great puritan tradition of resolution-forming and covenant-making. Both are lost spiritual arts, substituted at best by life-plans that tend to focus on the externals. Edwards, by contrast, was deeply concerned with the internals. He early grasped the value of a deliberate binding of the conscience to a life of holiness and of expressing such commitment in a concrete, objective, and also very specific way. Thus for him, the practice of keeping a journal (in which half of his resolutions are found) was not merely an exercise in narcissism but a careful guarding of the heart against sin. In addition, Edwards was conscious from his teenage years that dealing with indwelling sin (“mortifying” it in the older terminology) meant a commitment to deal generally with all sin, and also repenting of — and mortifying — “particular sins, particularly” (Westminster Confession of Faith, 15.5; Rom. 8:13; Col. 3:5, 8–10. Indeed, these words of Paul form the unwritten backdrop to a number of the resolutions).

What can we learn for Christian living today from the resolutions themselves? Here are only three of many outstanding lessons:

Life is for the glory of God. Resolution 4 epitomizes this: “Resolved, never to do any manner of thing, whether in soul or body, less or more, but what tends to the glory of God; nor be, nor suffer it, if I can avoid it.”

These words have a Daniel-like ring about them (Dan. 1:8). When coupled with Edwards’s further principle that we learn from Scripture how God is to be glorified in our lives, this is both a life-goal statement and a life-simplifying one. The question, what will most tend to the glory of God in this situation? asked against the background of growing biblical wisdom wonderfully simplifies and clarifies the choices of life. In a world full of apparent complexities, this is an invaluable litmus test to use — not least if, like Edwards, you are a teenager.

Life should be lived in the light of eternity. This was, of course, a dominant perspective throughout Edwards’ later life. But it was already powerfully present in his late teens. He sought to relate the whole of life to its end (in both senses of the word). In pain he reflected on the sufferings of hell (resolution 10). He lived from death and judgment backwards into the present (resolution 17), and endeavored to do so as if each hour might be his last (resolution 19). He sought to make future happiness a central goal (resolutions 22, 50, 55). Thus, if living for the glory of God simplifies all of life, living in the light of eternity solemnizes all of life and enables one increasingly to give weight to every thought, word, and deed.

Life is lived best by those who guard the heart. Edwards guarded his emotions and affections — and his verbal and physical expressions of them — with great care. This emerges in several resolutions (including 31, 34, 36, 45, 58, and 59). Particularly noteworthy is resolution 25. Here he stresses that, if he wishes so to live in a holy manner, he must be “resolved, to examine carefully, and constantly, what that one thing in me is, which causes me in the least to doubt of the love of God; and to direct all my forces against it.” Whether consciously or not, Edwards here recognized a cardinal element in the original temptation — to malign and thus destroy a sense of the generous love and goodness of God to Adam and Eve (“Has he set you in this garden and forbidden you to eat of all the trees?” seeGen. 3:1).

As early as the age of nineteen, therefore, Edwards recognized that if he lost a sense of the greatness and generosity of the divine love, there would be no resources of grace to motivate the life of holiness to which he committed himself in his resolutions. Therein lay wisdom far beyond his years.

When he penned his final series of resolutions in the summer of 1723, Edwards appears to have been reading through Thomas Manton’s sermons on Psalm 119. He refers to the idea of being open to God found in Manton’s exposition of Psalm 119:26 (sermon 27 in a series of 190). There Manton had given directives for those “who would speed with God.” Edwards was certainly such a young man. Great intellect though he was, he recognized that to “speed with God” was a matter of the heart. That is why all of us — teenagers included — can still aspire today to share the devotion to God he expressed so powerfully in his resolutions.