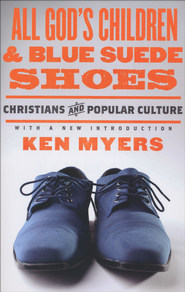 The Pursuit of Happiness

When Thomas Jefferson selected the phrase “the pursuit of happiness” to describe one of the unalienable rights of man, he was appropriating an idea with a very long history. Since the time of Aristotle and before, happiness was understood as a condition to which all people properly aspire. But for the Greeks, as for the biblical writers, happiness was an objective reality, not just a feeling or an emotional state. The phrase “whatever makes you happy,” so commonly uttered today, would have been nonsense to Hebrews, Greeks, and Christians alike, since it implies no fixed moral order in which happiness resides.

Happiness is roughly synonymous with the biblical idea of “blessedness.” In classical and medieval Christian ethics happiness referred to a state of human flourishing or well-being that aligned the life of a person with the truest good. Actions, thoughts, desires, and ambitions had to be ordered in light of the proper end of mankind for a person to be truly happy. Happiness was thus an ethical, not a psychological project. To pursue happiness was to pursue the whole reason for one’s being, but that meant recognizing that one’s desires and actions were in need of correction. It meant accounting for the fact that human beings did not instinctively pursue the truest good, that some very attractive pleasures were not truly in keeping with the most essential contours of our nature. In Christian terms, the pursuit of happiness meant recognizing that God had created us to flourish in the context of obedience to Him so that our image-bearing nature might display His glory. Since our sin and consequent waywardness alienated us from our deepest, truest identity, the pursuit of happiness was only possible by grace, since we cannot by our own strength resist the disordering effects of sin in our lives.

So happiness on this historic account is really a function of sanctification, of growth in holy obedience. That formulation would no doubt come as a shock to most of our contemporaries, perhaps even to many Christians, though it would have probably caused a nod of affirmation from most pagan philosophers. How has it come about that a nation often assumed to be Christian, a nation also obsessed with pursuing happiness, has acquired such an anti-Christian understanding of what it means to be happy?

Part of the answer is tied up with the radical innovations in ethical thought that took shape during the eighteenth-century, the Enlightenment culture in which Jefferson was at home. It was a time in which philosophers were abandoning the idea of an essential human nature that defined human ends. It was, in a sense, an abandonment of the idea of sin, since these Enlightenment thinkers were quite willing to talk about (in Alasdair MacIntyre’s words) “untutored-human-nature-as-it-is,” and base their understanding of ethics and politics on a picture of an intrinsically innocent human nature. This was a time in which the freedom of the individual was becoming the ultimate good, for individuals and societies. The philosophies of the time when our nation was founded were committed to the idea of the individual as sovereign in his moral authority (see MacIntyre, After Virtue, p. 62).

In such a context, the venerable idea of the pursuit of happiness took on a whole new meaning. Happiness came to be understood as whatever any individual conceives it to be. Since it could no longer be objectively defined in terms of a fixed purpose for human nature, the pursuit of happiness soon came to mean the pursuit of pleasure, the relentless quest for fun, for an emotional state of carefree bliss. And this state need have no correlation to the ethical choices one has made, to the way one has ordered one’s life. In fact, many Americans seem committed to pursuing this kind of happiness by means of making bad ethical choices: committing adultery, dishonoring their parents, killing their unborn children, abusing their own bodies. When happiness becomes merely a mood, the sustaining of which is the highest good, rules tend to get broken, like eggs in Lenin’s omelet.

In the twentieth century, aided by the rise of mass media and ubiquitous forms of entertainment, the pursuit of happiness-as-fun came to be felt as a kind of moral imperative. Writing in the mid-1950s, psychologist Martha Wolfenstein noted the emergence of what she called “fun morality,” an ethic that displaced the old-fashioned goodness morality “which stressed interference with impulses. Not having fun is an occasion for self-examination: ‘What is wrong with me?’ …Whereas gratification of forbidden impulses traditionally aroused guilt, failure to have fun now lowers one’s self-esteem.” Not only has happiness been detached from objective human ends and identified uncritically with personal pleasure, the pleasures assumed to be the source of happiness are increasingly the most trivial and fleeting. Submitting to the dictates of fun morality makes the passive consumption of entertainment a more plausible road to happiness than subtler, more demanding pleasures like learning to play the violin, acquiring a love of literature, or cultivating a beautiful garden.

As it happens, the dominant assumption that happiness is a custom-built project with potentially instant payoffs does not seem to have made most people that much happier. In a recent essay entitled “The Pursuit of Emptiness,” John Perry Barlow observes: “Of my legion friends and acquaintances who have become citizens of Prozac Nation, I have never heard any of them claim that these drugs bring them any closer to actual happiness. Rather, they murmur with listless gratitude, anti-depressants have pulled them back from The Abyss. They are not pursuing happiness. They are fleeing suicide.” Barlow reports on an experiment in looking for smiles on the faces of people in the “upscale organic supermarket” in San Francisco in which he regularly shops. In eleven months, seeing thousands of faces, “nearly all of them healthy, beautiful, and very expensively groomed,” he counted seven smiles, three of which he judged insincere. Instead, in supermarkets and elsewhere, he sees a characteristic “expression of troubled self-absorption [which] has become a nearly universal mask.” Trying to find happiness on our own terms, rather than on the terms our Creator has built into our nature, is an exhausting and disappointing undertaking.

Carl Elliott, author of the book Better than Well, perceptively documents how many Americans use various “enhancement technologies” in the effort to feel better about themselves (which may be the working definition of happiness for many of our contemporaries). Elliot senses that the American project of pursuing happiness has become so desperate that it now seems to require “not only that I pursue happiness, but that I pursue it aggressively, club it into unconsciousness, and drag it back bound and gagged to my basement.” The lengths to which people go to nab happiness are astonishing: the drugs they take; the fantasies they sustain; the money they spend; the relationships they poison.

There is something of a backlash against this militant happiness-seeking, this regime of relentless perkiness. Earlier this year, Eric Wilson’s slim manifesto, Against Happiness: In Praise of Melancholy, was greeted by a chorus of sympathy. Wilson questioned the virtue of striving to be perpetually upbeat, reminding readers that it is sometimes quite emotionally healthy to respond to the tragedies of life with darker sentiments. Other recent books have questioned the tendency to treat sadness as a mental illness. These protests are fine as far as they go, but they are still working with the assumption that happiness is a subjective state.

The recovery of a richer vision for human happiness is a project for which Christians are uniquely situated. We believe, unlike most of our contemporaries, that we are made to delight in the knowledge and love of God, to find our fulfillment as creatures only as we walk in His ways. Knowing also that we live in a world disordered by sin, we recognize that true blessedness will often, until Christ returns, involve suffering, persecution, and sacrifice. Our happiness is not a right, but a gift from one who was a man of sorrows, acquainted with grief. To the best of our knowledge, Jesus never asked the disciples: “Are we having fun yet?” But He did teach them that faithful servants would enter into the joy of their master. Happiness is the fruit of aligning our lives with God’s purposes for us. “If you keep my commandments,” Jesus promised, “you will abide in my love, just as I have kept my Father’s commandments and abide in his love. These things I have spoken to you, that my joy may be in you, and that your joy may be full” (John 15:10–11). The pursuit of such single-minded faithfulness, not simple-minded fun, is the true road to human happiness.

About Ken Myers: is host and producer of Mars Hill Audio in Quinque, Virginia. He is author of All God’s Children and Blue Suede Shoes: Christians and Popular Culture.

© Tabletalk magazine – September 1st, 2008.  Permissions: You are permitted and encouraged to reproduce and distribute this material in any format provided that you do not alter the wording in any way, you do not charge a fee beyond the cost of reproduction, and you do not make more than 500 physical copies. For web posting, a link to this document on our website is preferred (where applicable). If no such link exists, simply link to http://www.ligonier.org/tabletalk. Any exceptions to the above must be formally approved by Tabletalk.