*The Center of God’s Will 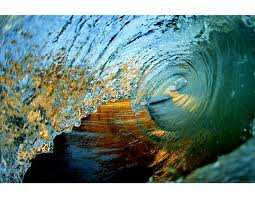 (1) He brought me here. It’s by His will I am in this straight place. In that fact I will rest.

(2) He will keep me here in His love and give me grace to behave as His child.

(3) Then He will make the trial a blessing, teaching me the lessons He intends for me to learn.

(4) In His good time, He will bring me out again—how and when He knows. So let me say: I am

(a) Here by God’s appointment.

(c) Under His training.

*From a Sermon by Andrew Murray on Acts 27:28-29 entitled “Anchors to Throw in a Time of Testing.” Andrew Murray was a Dutch Reformed Church missionary sent from Scotland to South Africa. Andrew pastored churches in Bloemfontein, Worcester, Cape Town and Wellington, all in South Africa. He was a champion of the South African Revival of 1860.

In 1889, he was one of the founders of the South African General Mission (SAGM), along with Martha Osborn and Spencer Walton. After Martha Osborn married George Howe, they formed the South East Africa General Mission (SEAGM) in 1891. SAGM and SEAGM merged in 1894. Because its ministry had spread into other African countries, the mission’s name was changed to Africa Evangelical Fellowship (AEF) in 1965. AEF joined with SIM in 1998 and continues to this day.

He died on January 18, 1917, four months before his eighty-ninth birthday. He was so influenced by Johann Christoph Blumhardt‘s Möttlingen revival that he included a portion of Friedrich Zündel’s biography at the end of With Christ in the School of Prayer. Over the years he has influenced many, including Jessie Penn-Lewis, a key figure in the 1904-1905 Welsh Revival. His writings have greatly influenced the writings of both Watchman Nee and Witness Lee.