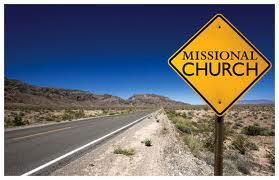 The rapid decline of Christendom since the end of WWII has instituted an even greater need for “missional” churches to engage the surrounding community and retell the culture’s stories through the context of the gospel.

THE NEED FOR A MISSIONAL CHURCH

In the West for nearly a thousand years, the relationship of European Christian churches to the broader culture was a relationship known as “Christendom.” The institutions of society “Christianized” people and stigmatized non-Christian belief and behavior. Though people were Christianized by the culture, they were not necessarily regenerated or converted with the gospel. The church’s job was then to challenge persons into a vital, living relation with Christ.

There were great advantages and yet great disadvantages to Christendom. The advantage was a common language for public moral discourse with which society could discuss what was “good.” The disadvantage was that Christian morality without gospel-changed hearts often led to cruelty and hypocrisy. Think of how the small town in Christendom treated the unwed mother, for example. Also, under Christendom the church often was silent against the ruling classes’ abuses of the weak. For these reasons and others, the church in Europe and North America has been losing its privileged place as the arbiter of public morality since at least the mid- nineteenth century. The decline of Christendom has accelerated greatly since the end of World War II.

British missionary Lesslie Newbigin went to India around 1950. There he was involved with a church in a very non-Christian culture. When he returned to England some thirty years later, he discovered that the Western church now found itself in a non-Christian society as well, but it had not adapted to its new situation. Though public institutions and the popular culture of Europe and North America no longer Christianized people, the church still ran its ministries assuming that a stream of Christianized, traditional/moral people would simply show up at worship services. Some churches certainly carried out evangelism as one ministry among many, but the church in the West had not become completely missional—adapting and reformulating absolutely everything it did in worship, discipleship, community, and service so as to be engaged with the non-Christian society around it. It had not developed a missiology of Western culture, the way it had done with other nonbelieving cultures.

One of the reasons much of the evangelical church in the United States has not experienced the same precipitous decline as the Protestant churches of Europe and Canada is because in the United States there is still a heartland with remnants of the old Christendom society. There the informal public culture, though not the formal public institutions, still stigmatizes non-Christian beliefs and behavior. There is a “fundamental schism in American cultural, political, and economic life. There’s the quicker-growing, economically vibrant . . . morally relativist, urban-oriented, culturally adventuresome, sexually polymorphous, and ethnically diverse nation. . . .

And there’s the small-town, nuclear-family, religiously oriented, white-centric other America, [with] . . . its diminishing cultural and economic force. . . . [T]wo countries” (Michael Wolf, “The Party LIne,” New York, February 26, 2001: 19). In conservative regions, it is still possible to see people professing faith and the church growing without becoming missional. Most traditional evangelical churches can win to Christ only people who are temperamentally traditional and conservative. As Wolff notes, however, this

is a shrinking market, and eventually evangelical churches ensconced in the declining, remaining enclaves of Christendom will have to learn how to become missional. If they do not, they will decline or die.

THE PRACTICES OF A MISSIONAL CHURCH

(1) SPEAK IN THE VERNACULAR

In Christendom there is little difference between the language inside and outside of the church; technical biblical terms are well-known inside and outside church life. Documents of the early U.S. Congress, for ex- ample, are riddled with allusions to and references from the Bible. In a missional church, however, these terms must be explained.

+ avoids “we-they” language, disdainful jokes that mock people of different politics and beliefs, and dismis- sive, disrespectful comments about those who differ with us.

+ avoidstalkingasifnonbelievingpeoplewerenotpresent.Ifyouspeakanddiscourseasifyourwholeneigh- borhood were present (and not just scattered Christians), eventually more and more of your neighbors will find their way in or be invited.

Unless all of the above is the outflow of a truly humble-bold, gospel-changed heart, it is all just marketing and spin.

(2) ENTER AND RETELL THE CULTURE’S STORIES WITH THE GOSPEL

In Christendom it is possible to simply exhort Christianized people to do what they know they should. There is little or no real engagement, listening, or persuasion. Often, along with exhortation there is a heavy reliance on guilt to motivate behavior change. In a missional church, the preaching and communication always as- sume the presence of skeptical people and consequently engage their stories.

+ To enter the culture’s stories means to show sympathy toward and deep acquaintance with the literature, music, theater, and other arts expressing the existing culture’s hopes, dreams, heroic narratives, and fears.

+ To retell the culture’s stories is to show how only in Christ can we have freedom without slavery, and em- brace of the other without injustice. The older culture’s story called on people to be a good father/mother, son/daughter, and to live a decent, merciful, good life. Now the culture’s story calls people (a) to be free and self-created and authentic (note the theme of freedom from oppression); and (b) to make the world safe for everyone else to be the same (theme of inclusion of the “other”; justice).

In Christendom you can afford to train people solely in prayer, Bible study, and evangelism—private world skills— because they are not facing radically non-Christian values in their public life. In a missional church, the laity needs theological education to “think Christianly” about everything and to work with Christian distinctiveness. They need to know three things: (a) which cultural practices manifest common grace and are to be embraced, (b) which practices are antithetical to the gospel and must be rejected, and (c) which practices can be adapted/revised.

+ In a missional situation, the renewing and transformation of the culture through the work of laypeople with distinctively Christian vocations must be lifted up as real kingdom work and ministry, along with the traditional ministry of the Word.

+ Christians will have to use the gospel to demonstrate true, biblical love and tolerance in the public square toward those with whom we deeply differ. This tolerance should equal or exceed that which groups with opposing views show toward Christians. The charge of intolerance is perhaps the main “defeater” of the gospel in the non-Christian West.

(4) CREATE CHRISTIAN COMMUNITY THAT IS COUNTERCULTURAL AND COUNTERINTUITIVE

In Christendom, “fellowship” is basically just a set of nurturing relationships, support, and accountability. In a missional church, however, Christian community must go beyond that to embody a counterculture, showing the world how radically different a Christian society is with regard to sex, money, and power.

+ In sex. We avoid both the secular society’s idolization of sex and traditional society’s fear of sex. We also exhibit love rather than hostility or fear toward those whose sexual life-patterns are different from ours.

+ In money. We promote a radically generous commitment of time, money, relationships, and living space to social justice and the needs of the poor, the immigrant, and the economically and physically weak.

+ It is very important that we do not spend our time bashing and criticizing other kinds of churches. That criticalness simply plays into the common “defeater” that Christians are all intolerant.

+ While we have to align ourselves in denominations that share many of our distinctives, at the local level we should cooperate with, reach out to, and support the other congregations and churches in our area. This will raise many thorny issues, of course, but our bias should be in the direction of cooperation.

This concept of the missional church goes beyond any program; the practices described here have to be present in every area of the church.

For example, what makes a small group missional? A missional small group is not necessarily one that is do- ing some kind of specific evangelism program (though that is to be encouraged). Rather, (1) if its members love and talk positively about the city/neighborhood, (2) if they speak in language that is not filled with pious tribal or technical terms and phrases, nor with disdainful and embattled verbiage, (3) if in their Bible study they apply the gospel to the core concerns and stories of the people of the culture, (4) if they are obviously interested in and engaged with the literature, art and thought of the surrounding culture and can discuss it both appreciatively and critically, (5) if they exhibit deep concern for the poor, generosity with their money, purity and respect with regard to the opposite sex, and humility toward people of other races and cultures, and (6) if they do not bash other Christians and churches—then seekers and nonbelieving people will be invited and will come and stay as they explore spiritual issues.

We encourage you to use and share this material freely—but please don’t charge money for it, change the wording, or remove the copyright information.

Joy for the World: How Christianity Lost Its Cultural Influence and Can Begin Rebuilding It (co-authored with Greg Forster and Collin Hanson (February or March, 2014).

King’s Cross: The Story of the World in the Life of Jesus (Retitled: Jesus the KIng: Understanding the Life and Death of the Son of God). New York, Dutton, 2011.

Counterfeit Gods: The Empty Priorities of Money, Sex, and Power, and the Only Hope That Matters. New York, Riverhead Trade, 2009.