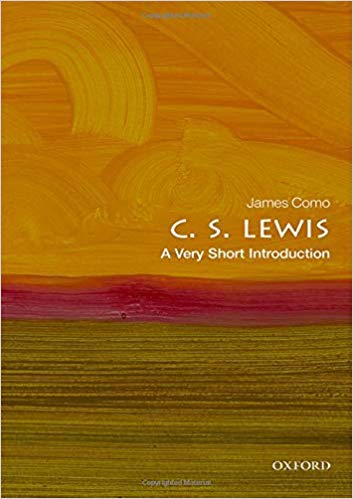 These are central to Lewis’s  thinking: many of his arguments are based upon them and they were central to his life. Omitted are orthodox Christian ideas (e.g., the incarnation), as well as political ones (e.g., the danger of fetishizing equality: ‘I’m as good as you’):

About The Author: James T. Como holds a Ph.D. in Language, Literature, and Rhetoric from Columbia University and is now Professor Emeritus of Rhetoric and Public Communication at York College (CUNY). A founding member of the New York C. S. Lewis Society (1969), Dr. Como’s books include Branches to Heaven: The Geniuses of C. S. Lewis, a study of Lewis as a rhetorician, and Remembering C. S. Lewis. These, along with his many articles on Lewis in journals including The Wilson Quarterly and The New Criterion, and on-air commentary for five biographical documentaries, have established Dr. Como as one of the most highly-regarded Lewis scholars in the world. The Ten Key Ideas above are from his outstanding Introduction to C.S. Lewis in the series of books “A Very Short Introduction” published by Oxford University Press.