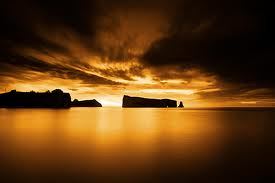 A 1999 study by the Barna Research Group shows that roughly seven percent of the American adult population—approximately fourteen million people—describe themselves as atheistic or agnostic. America has more atheists and agnostics than Mormons (by a three to one margin), Jews (by a four to one margin) or Muslims (by a fourteen to one margin.)

An atheist complained that Christians had their special days such as Christmas, Easter, and so on. The Jews celebrate Passover. “But we atheists,” he said, “have no recognized national holiday. It isn’t fair.”

“I have an idea,” said the man’s friend. “Why don’t you celebrate April 1st?”

Someone tells the story of a man who was out of work. His unemployment compensation benefits had run out, and he was desperate. He went to the zoo to ask for work, and the zoo keeper told him they didn’t really have any work, but he could make a few extra dollars by taking the place of a gorilla who had died the day before.

Ordinarily the man would not have done it, but he really needed money. He accepted the job, put on the gorilla suit, and made his way back to the gorilla cage. It really wasn’t a bad job. All he had to do was to eat bananas and swing from a rope, and after a while he began to like the job. But alas, all good things must come to an end. One day his rope broke and he fell over the fence into the lion’s cage. He started yelling for help, and the closer the lion came to him, the louder he yelled. Finally the lion came right up next to him, nudged him, and said, “Hey Buddy, will you shut up! We are both going to be out of a job!”

Now the difference between some Christians and the man in the gorilla outfit is that whereas he was forced into his role, we aren’t. We choose a role for which we are not suited, and in that choice is the source of much of our misery and frustration.

Have you ever seen Christians who seemed to be very pure and very spiritual—and very miserable? The problem with those Christians is that they were playing a role for which they were not suited. Jesus said, “No one is good except God” (Mark 10:18). If Jesus was right, and I have every reason to believe He was, then we pretend to be good and pure, we have just climbed into a gorilla suit.

And then there are those Christians who feel that everything they say comes as if from Sinai. They make all sorts of political and social pronouncements as if God Himself had given them a corner on truth. They are very serious—and very miserable. God says, “The heart is more deceitful than all else” (Jeremiah 17:9a). If that is true, then the person who believes and acts as if he or she had a corner on truth (when only God has that corner) has started wearing a gorilla costume.

We see countless examples of Christian men and women who play parts for which they were not created in the pride that so often is the a mark of modern Christianity, in the anger we feel when our plans are crossed, or in the way we want the world to revolve around our selfish desires. It is important that we understand that the source of much of our frustration and anxiety is our proclivity toward being something we aren’t.

*This humorous anecdote was adapted from the excellent book by Stephen Brown. If God is In Charge. Thomas Nelson: Nashville, 1983. Pages 61-62. 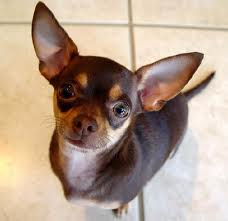 A man goes into a bar with his dog. He goes up to the bar and asks for a drink.

The bartender says “You can’t bring that dog in here!” The guy, without missing a beat, says “This is my seeing-eye dog.”

“Oh man,” the bartender says, “I’m sorry, here, the first one’s on me.” The man takes his drink and goes to a table near the door.

Another guy walks into the bar with a Chihuahua. The first guys sees him, stops him and says “You can’t bring that dog in here unless you tell him it’s a seeing-eye dog.”

The second man graciously thanks the first man and continues to the bar. He asks for a drink. The bartender says “Hey, you can’t bring that dog in here!”

The second man replies “This is my seeing-eye dog.” The bartender says, “No, I don’t think so. They do not have Chihuahuas as seeing-eye dogs.”

The man pauses for a half-second and replies “What??! They gave me a Chihuahua??!” 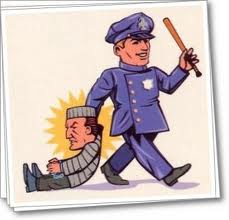 This is the true story of George Phillips of Meridian, Mississippi, who was going to bed when his wife told him that he’d left the light on in the shed. George opened the door to go turn off the light but saw there were people in the shed in the process of stealing things.

He immediately phoned the police, who asked “Is someone in your house?” and George said no and explained the situation. Then they explained that all patrols were busy, and that he should simply lock his door and an officer would be there when available.

George said, “Okay,” hung up, counted to 30, and phoned the police again.

“Hello, I just called you a few seconds ago because there were people in my shed. Well, you don’t have to worry about them now because I’ve just shot them all.”

Then he hung up. Within five minutes three squad cars, an Armed Response unit, and an ambulance showed up. Of course, the police caught the burglars red-handed.

One of the policemen said to George: “I thought you said that you’d shot them!”

George said, “I thought you said there was nobody available!” 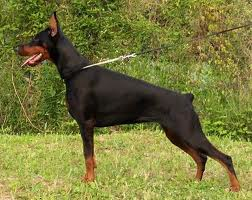 A local newspaper told an anecdote about a burglar who stalked the neighborhood watching for homes left unguarded by people leaving for vacation. He watched as a family loaded their suitcases into their car and departed. He waited until dark and then approached the front door and rang the bell. There was no answer. The burglar neatly picked the lock and let himself in. He called into the darkness, “Is anybody home?” He was stunned when he heard a voice in reply, “I see you, and Jesus sees you.” Terrified, the burglar called out, “Who’s there?” Again the voice came back, “I see you, and Jesus sees you.” The burglar switched on his flashlight and aimed it in the direction of the voice. He was instantly relieved when his light revealed a caged parrot reciting the refrain, “I see you, and Jesus sees you.” The burglar laughed out loud and switched on the lights. Then he saw it. Beneath the parrot’s cage was a huge Doberman pinscher. Then the parrot said, “Attack, Jesus, attack!”