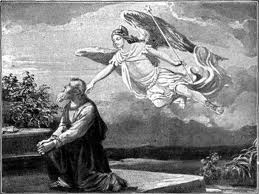 If there are two Messiahs spoken of in this text, then the text has been doctored to make it seem that there was only one who came at the end of the sixty-nine weeks, or 483 years after the decree went forth to rebuild and restore Jerusalem. And in that case, it cannot be a prophecy about Jesus.

Originally the 1611 edition of the KJV of the Bible rendered it this way:

Know therefore and understand, that from the going forth of the commandment to restore and to build Jerusalem, into the Messiah the Prince, shall be seven weeks; and threescore and two weeks, the street shall be built again, and the wall even in troublous times. And after threescore and two weeks, shall Messiah be cut off, but not for himself, and the people of the Prince that shall come, shall destroy the city, and the Sanctuary, and the end thereof shall be with a flood. (Dan 9:25–26)

The reason the 1611 edition put “Messiah the Prince” (Hebrew: māšîaḥ nāḡîḏ) at the end of the “seven sevens” was because the Hebrew text has an athnachat the end of this clause, which sometimes indicates a break in the thought. But neither a comma nor an athnach is sufficient in and of itself to require the conclusion that Daniel intended a break in thought at this point and a radical separation of the seven sevens from the sixty-two sevens, thus making two appearances of Messiah, one at the end of 49 years and the other at the end of 434 years. Of course there is always the possibility that the sixth-century Jewish scholars, the Masoretes, who supplied the vowel points to the original consonantal text as well as the accents that serve as a form of punctuation at times, were in error. But if the Masoretic athnachbe retained, it may serve not to indicate a principal division of the text, as the 1611 edition of the KJV took it (which translation was in vogue up until 1885), but to indicate that one was not to confuse or to absorb the seven sevens into the sixty-two sevens. The point is that a violent separation of the two periods with a projection of two Messiahs is out of harmony with the context. Therefore, we contend that only one Anointed One is being addressed in this passage.

But what led Daniel to start talking about groups of sevens anyway? Daniel had been having devotions in the recent writings of Jeremiah (Dan 9:2) when he realized that Jeremiah’s predicted seventy years of captivity in Babylon had almost expired. Thus it happened that while he was praying, confessing his sin and the sin of his people, God answered his inquiry as to what was going to happen in the future. There would be an additional seventy sevens for Daniel’s people and for the holy city in order to do six things: (1) “to finish transgression,” (2) “to put an end to sin,” (3) “to atone for wickedness,” (4) “to bring in everlasting righteousness,” (5) “to seal up vision and prophecy” and (6) “to anoint the most holy [place?]” (Dan 9:24). That would embrace everything from Daniel’s day up to the introduction of the eternal state. What an omnibus plan!

But first the seventy sevens must take place. Now the Hebrew people were accustomed to reckoning time in terms of sevens, for the whole sabbatical cycle was laid out that way; accordingly, to equate the “sevens” with years was not a major problem for Jewish listeners. But these seventy sevens were divided up into three segments: (1) the first seven sevens were for the rebuilding of Jerusalem, which was consummated forty-nine years after the decree to rebuild the city was announced; (2) sixty-two additional sevens bring us to the time when Messiah the Prince will come; and (3) a remaining seven concludes the full seventy sevens as they were given to Daniel.

While the first two segments appear to be continuous, making up the first sixty-nine (7 + 62 = 69), Daniel 9:26 describes a gap after the first sixty-nine sevens. In this gap, Messiah will “be cut off,” a reference to the death of Messiah around a.d. 30, and the city and sanctuary of Jerusalem will be destroyed, a prediction of the Roman destruction of Jerusalem in a.d. 70. Given the forty-year spread between these two events, it is enough to indicate that the final seven in the seventy will not come in sequence with the other sixty-nine.

When was this “decree” or “word” to restore and rebuild Jerusalem issued? This constituted the terminus a quo, or the beginning point for this prophecy. One of three points has been variously adopted by interpreters for this terminus a quo, with a slight edge going to the third one. First, the decree was the one Cyrus issued in 538/37 b.c. (Ezra 1:2–4; 6:3–5). Second, the decree was the one Artaxerxes announced in 458 b.c., when Ezra returned to Jerusalem (Ezra 7:11–26). Third, it was the decree that the same Artaxerxes proclaimed in 445 b.c., when Nehemiah returned. Since it was Nehemiah who rebuilt the walls, while Cyrus’s decree focused on rebuilding the temple and Ezra focused on reestablishing proper services at the temple, 445 b.c. is favored as the terminus a quo.

The terminus ad quem (ending point) of the first sixty-nine sevens is usually put during the life of the Messiah; some preferring his birth (5/4 b.c.), others the beginning of his ministry at his baptism (a.d. 26/27) and some his triumphal entry into Jerusalem (a.d. 30).

So is this prophecy accurate in what it said about the coming Messiah, given in the sixth century b.c. to Daniel? Yes it was. It correctly said that Messiah the Prince would come and that he would die. Some have argued that it was possible to give the exact date for the announcement of Messiah’s kingdom by supposing that a “prophetic year” consists of 360 days (instead of 365 days of the solar year). This is based on the fact that during Noah’s flood, the 150 days equaled five months. There is no need, however, to make such an extrapolation. It is enough to know that there are some 483 years (69 x 7 = 483 years) from 445 b.c. to a.d. 30–33, when Christ was crucified.

About The Author: Walter C. Kaiser Jr. (PhD, Brandeis University) is the distinguished professor emeritus of Old Testament and president emeritus of Gordon-Conwell Theological Seminary in South Hamilton, Massachusetts. Dr. Kaiser has written over 40 books, including Toward an Exegetical Theology: Biblical Exegesis for Preaching and Teaching; A History of Israel; The Messiah in the Old Testament; Recovering the Unity of the Bible; The Promise-Plan of God; Preaching and Teaching The Last Things; and coauthored (with Moises Silva) An Introduction to Biblical Hermeneutics. Dr. Kaiser and his wife, Marge, currently reside at Kerith Farm in Cedar Grove, Wisconsin. Dr. Kaiser’s website is www.walterckaiserjr.com.