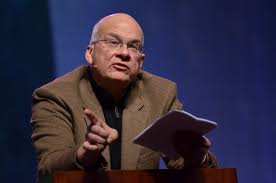 Tim Keller said these are five questions he asks of a biblical text as he reads it for himself. Helpful.

Counterfeit Gods: The Empty Priorities of Money, Sex, and Power, and the Only Hope That Matters. New York, Riverhead Trade, 2011.