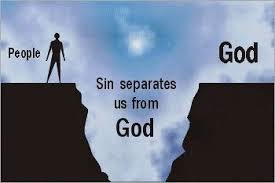 In God’s work of creation, the crowning act, the pinnacle of that divine work, was the creation of human beings. It was to humans that God assigned and stamped His divine image. That we are created in the image of God gives to us the highest place among earthly beings. That image provides human beings with a unique ability to mirror and reflect the very character of God.

However, since the tragic fall of Adam and Eve in the garden of Eden, that image has been subject to serious change and corruption. As a result, we speak of the “shattering of the image.” The term shatter may go too far, however, because it could suggest the idea that the image is now destroyed and that no vestige of it is left in our humanity. Such is not the case. Though the image has been radically blurred and corrupted, there remains some aspect of that image left in our humanity, which remaining vestige is the basis for human dignity. Human dignity is not inherent, it is derived. It is not intrinsic, it is extrinsic. Human beings have dignity because God, who has dignity inherently and intrinsically, has assigned such dignity to us.

When we speak of the fall and of original sin, we are not speaking of the first sin committed by Adam and Eve, we are speaking of the radical consequences of that sin, which followed to all future generations of mankind. In Reformed circles, the doctrine of original sin has often been described by the phrase “total depravity.” That it’s called “total depravity” is explained in one sense because the letter “T” fits so neatly into the historic acrostic TULIP, which defines the so-called “five points of Calvinism.”

Nevertheless, the word total with respect to our depravity may seriously mislead. It could suggest that our fallen natures are as corrupt and depraved as possible. But that would be a state of utter depravity. I prefer to use the phrase “radical corruption,” perhaps because the first initial of each word suits my own name and nature, R.C., but more so because it avoids the misunderstanding that results from the phrase “total depravity.” Radical corruption means that the fall from our original state has affected us not simply at the periphery of our existence. It is not something that merely taints an otherwise good personality; rather, it is that the corruption goes to the radix, to the root or core of our humanity, and it affects every part of our character and being. The effect of this corruption reaches our minds, our hearts, our souls, our bodies — indeed, the whole person. This is what lies behind the word total in “total depravity.”

What is most significant about the consequences of the fall is what it has done to our ability to obey God. The issue of our moral capability after the fall is one of the most persistently debated issues within the Christian community. Virtually every branch of Christendom has articulated some doctrine of original sin because the Bible is absolutely clear that we are fallen from our created condition.

However, the degree of that fall and corruption remains hotly disputed among Christians. Historically, that dispute was given fuel by the debate between the British monk Pelagius and the greatest theologian of the first millennium, Saint Augustine of Hippo. In defining the state of corruption into which mankind has fallen, Augustine set up some parallels and contrasts between man’s estate before the fall and his condition after the fall. Before the fall, Augustine said that man was posse peccare and posse non peccare, that is, man had the ability to sin and the ability not to sin. Not sinning was a possibility that Adam had in the Garden.

He further argued that the consequence of the fall upon the human race can be defined this way: since the fall, man no longer has the posse non peccare or the posse non mori. All human beings now have lost the natural ability to keep from sinning and thus to keep from dying. We are all born in the state of sin and as mortal creatures, destined to death. After the fall, Augustine defines our condition as having the posse peccare. We retain the ability to sin, but now we have the dreadful condition of the non posse non peccare. This double negative means that we no longer have the ability to not sin. Likewise, we have now the non posse non mori. It is not possible for us not to die. It is appointed to all of us once to die and then the judgment. The only exceptions to this would be those who remain alive at the coming of Christ.

When we get to heaven, things will change again. There we will no longer have the posse peccare and the non posse non peccare. There we will only have non posse peccare. We will no longer be able to sin or to die. It all comes down to this, to the issue of moral ability. Augustine was saying that apart from the regenerating work of the Holy Spirit that God performs in the souls of the elect, no person in His own power is able to choose godliness, to choose Christ, or to choose the things of God. That ability to come to Christ, as our Lord Himself declared in John chapter 6, is an ability that can only be the result of the regenerating power of God the Holy Spirit. That position spelled out by Augustine remains the orthodox position of historic Reformed theology.