A joyful heart is good medicine, but a crushed spirit dries up the bones…He will yet fill your mouth with laughter and your lips with shouting.”  Proverbs 17:22 & Job 8:21 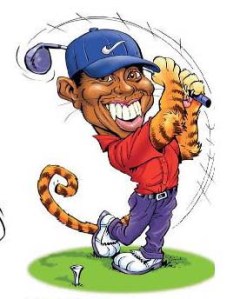 The Pope met with his Cardinals to discuss a proposal from Benjamin Netanyahu, the leader of Israel. “Your Holiness,” said one of the Cardinals, Mr. Netanyahu wants to challenge you to a game of golf to show the friendship and ecumenical spirit shared by the Jewish and Catholic faiths.

The Pope thought this was a good idea, but he had never held a golf club in his hand. “Do we have a Cardinal who could represent me?” he asked.

“None that plays very well,” a Cardinal replied. “But,” he added, “there is a man named Jack Nicklaus, an American golfer who is a devout Catholic. We can offer to make him a Cardinal, then ask him to play Mr. Netanyahu as your personal representative. In addition, to showing our spirit of cooperation, we’ll also win the match.”

Everyone agreed it was a good idea. The call was made. Of course, Nicklaus was honored and agreed to play. The day after the match, Nicklaus reported to the Vatican to inform the Pope of the result, “I have some good news and some bad news, your Holiness,” said the golfer.

Well, your Holiness, I don’t like to brag, but even though I’ve played some pretty terrific rounds of golf in my life, this was the best I have played, by far. I must have been inspired from above. My drives were long and true, my irons were accurate and purposeful, and my putting was perfect. With all due respect, my play was truly marvelous.

*Each Friday – God-willing – On the VLM blog I will be positing some kind of “clean” humor – whether a story, illustration, joke, cartoon, and the like, to bring a smile to your face. I believe that God has a sense of humor. Elton Trueblood even wrote a wonderful book on the subject called: The Humor of Christ. San Francisco: Harper and Row, 1975. The goal of this blog is to encourage you in Christ. I hope that each week I will be able to post “good medicine for your soul” through the gift of laugher – DPC. The source of this joke is unknown.

I am the Lead Pastor of Valley Baptist Church (Bay Area), born and raised in Huntington Beach, Ca,, and currently living in Novato, California. I am married to my best friend of 27 years - Dana - and have five adult children; and six grand children. I have been a Teaching Pastor for over thirty years. I was privileged to study at Multnomah University (B.S. - 1988); Talbot School of Theology (M.Div. - 1991); Westminster Theological Seminary & Northwest Graduate School (D. Min. - 2003). I founded Vertical Living Ministries in 2008 with the goal of encouraging Christian Disciples and Leaders to be more intentionally Christ-Centered in how they live by bringing glory to God in nine key areas of life: personal spiritually, in marriage, in their families, with friends, vocationally, physical health, finances, discipleship, and mentoring . View all posts by lifecoach4God