(Nobody has impacted and influenced my understanding of Jesus Christ and God’s amazing grace in the Biblical Gospel than Pastor Tim Keller – you will find more posts by Tim Keller on VLM’s website than any other writer – because nothing is more important than understanding, receiving, and applying the Gospel for closure on our past, present, and future justification and sanctification with the God of the Gospel – And nobody explains the Gospel in a more deep and applicational manner, in my opinion, than Tim Keller – DPC) 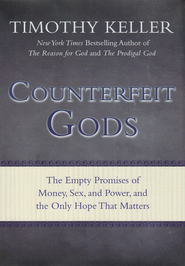 I often get asked how I personally became acquainted with the pervasive influence of idolatry in the human heart.

Like many younger ministers I worked far too many hours, never saying “no” to anyone’s request for my pastoral services. When salary increases were offered to me, I turned them down. When administrative help was offered to me, I declined. I was quite proud of being the kind of person who worked very hard, never complained, and never asked for any help. This regularly brought me into conflict with my wife, who rightly contended that I was neglecting my relationships to her and to my young sons. It also led to health problems, although I was only in my early thirties.

Nevertheless, I continued to feel that the way I was living was noble and good. I believed I was sacrificially committed to the ministry of the Word. I was especially delighted to make sacrifices that nobody saw — not my people or even my family. That made me feel most noble of all. If all this created some problems for me personally, wasn’t that just evidence of how truly devoted I was? It was a very dangerous situation. My future was bleak, though I didn’t know it. In the short run, this kind of ministry workaholism is often rewarded by admiring people all around.

Some well-meaning friends, however, saw the problem and literally “laid the law” on me, showing me that I was violating the commandments of taking Sabbath and of honoring my family. I usually responded with incremental changes that never endured. Others used the modern technique of self-esteem — “You need to think of yourself; you need to do things that make you happy.” I despised that advice as terribly selfish.  I valued self-sacrifice.

It wasn’t until I began to search my heart with the Biblical category of idolatry that I made the horrendous discovery that all my supposed sacrifices were just a series of selfish actions. I was using people in order to forge my own self-appreciation. I was looking to my sacrificial ministry to give me the sense of “righteousness before God” that should only come from Jesus Christ. People make idols out of money, power, accomplishment, or moral excellence. They look to these things to “save them” — to give them the sense of purity, value, and acceptability that only Jesus can give. In my case, I was using ministry (and my own people) in this way.

Without the category of idolatry — a good thing turned into a pseudo-salvation — I would never have been able to see myself. Nothing but the concept of counterfeit gods could have blasted me out of my illusion of virtue and superiority. I thank God for this life-saving insight — though I still struggle mightily with the implementation of what I’ve learned.

About Tim Keller and His Absolutely Brilliant Gospel Centered Books: 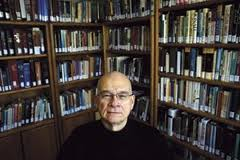 Counterfeit Gods: The Empty Priorities of Money, Sex, and Power, and the Only Hope That Matters. New York, Riverhead Trade, 2011.