(The Gospel in a Nutshell) What Is the Gospel? 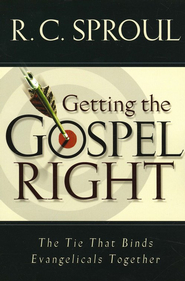 The Gospel is called the ‘good news’ because it addresses the most serious problem that you and I have as human beings, and that problem is simply this: God is holy and He is just, and I’m not. And at the end of my life, I’m going to stand before a just and holy God, and I’ll be judged. And I’ll be judged either on the basis of my own righteousness – or lack of it – or the righteousness of another. The good news of the Gospel is that Jesus lived a life of perfect righteousness, of perfect obedience to God, not for His own well-being but for His people. He has done for me what I couldn’t possibly do for myself. But not only has He lived that life of perfect obedience, He offered Himself as a perfect sacrifice to satisfy the justice and the righteousness of God.

The great misconception in our day is this: that God isn’t concerned to protect His own integrity. He’s a kind of wishy-washy deity, who just waves a wand of forgiveness over everybody. No. For God to forgive you is a very costly matter. It cost the sacrifice of His own Son. So valuable was that sacrifice that God pronounced it valuable by raising Him from the dead – so that Christ died for us, He was raised for our justification. So the Gospel is something objective. It is the message of who Jesus is and what He did. And it also has a subjective dimension. How are the benefits of Jesus subjectively appropriated to us? How do I get it? The Bible makes it clear that we are justified not by our works, not by our efforts, not by our deeds, but by faith – and by faith alone. The only way you can receive the benefit of Christ’s life and death is by putting your trust in Him – and in Him alone. You do that, you’re declared just by God, you’re adopted into His family, you’re forgiven of all of your sins, and you have begun your pilgrimage for eternity. 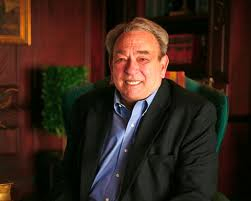 Dr. Robert Charles Sproul (born 1939 in Pittsburgh, Pennsylvania) is an American, Calvinist theologian, and pastor. He is the founder and chairman of Ligonier Ministries (named after the Ligonier Valley just outside of Pittsburgh, where the ministry started as a study center for college and seminary students) and can be heard daily on the Renewing Your Mind radio broadcast in the United States and throughout 60 countries. Ligonier hosts several theological conferences each year, including the main conference held each year in Orlando, Florida, at which Sproul is one of the primary speakers. Sproul holds degrees from Westminster College, Pennsylvania, Pittsburgh Theological Seminary, the Free University of Amsterdam, and Whitefield Theological Seminary, and he has taught at numerous colleges and seminaries, including Reformed Theological Seminary in Orlando and Knox Theological Seminary in Ft. Lauderdale. Currently, he is Senior Minister of Preaching and Teaching at Saint Andrew’s Chapel in Sanford, Florida, where he began preaching in 1997. Sproul has been an ardent advocate of Calvinism in his many books and audio and video publications, and he is also known for his advocacy of the Thomistic approach to Christian apologetics and his rejection of both evidentialism and presuppositionalism.

R. C. Sproul is married to Vesta Ann of Pittsburgh, PA. They have two grown children – a daughter, Sherrie Sproul Dick, and a son, R. C. Sproul, Jr. Dr. R. C. Sproul, Jr., is a theologian and a strong supporter of homeschooling, traditional family roles, and limited government. He founded the Highlands Study Center in Meadowview, Virginia. R. C. Sproul, Sr. and his wife currently reside in Orlando, Florida. In addition to being an excellent Theologian and Author, Sproul also enjoys reading, golf, sketching and painting, music (piano and violin), and hunting. He has a keen interest in a modern Christian Reformation. May God grant that we would have such a Reformation.

Publications Sproul is a prolific author who has written more than 60 books and many articles for evangelical publications. He signed the 1978 Chicago Statement on Biblical Inerrancy, which affirmed the traditional view of Biblical inerrancy, and he wrote a commentary on that document titled Explaining Inerrancy. He also served as the editor of the Reformation Study Bible which has appeared in several editions and was also known as the New Geneva Study Bible.Sproul’s work The Holiness of God is considered a modern classic on the subject of God’s character, and his book Not a Chance: The Myth of Chance in Modern Science and Cosmology was highly praised by those who reject the materialism advocated by some in the scientific community. Other works include: