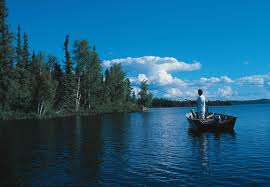 1. President of the largest steel company?

2. President of the largest gas company?

5. President of the Bank of International Settlement?

These men were considered some of the worlds most successful of their day.
Now, 80 years later, the history book asks us if we know what
ultimatelybecame of them…?

The answers:
1. The president of the largest steel company, Charles Schwab, died a pauper.

3. The president of the New York Stock Exchange, Richard Whitney, was released from prison to die at home.

5. The president of the Bank of International Settlement, Shot himself……

However, in that same year, 1923, the IGFA Champion and the winner of the most important Fishing Tournament was Eredio Munoz, Sr.

What became of him?

He continued fishing and eating his catch until he was 99, died at the age of 100.
He was alert and financially secure at the time of his death.

The moral of this history lesson:
Forget work……..!
GO FISHING………… !
You’ll live longer and be better off in the end!

2 thoughts on “Friday Humor: A History Lesson on High Finance”