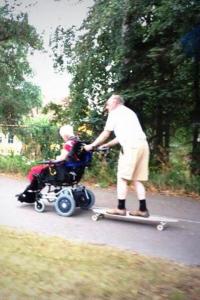 Maxie Dunham tells the story of an elderly man who began spending a significant amount of time with an elderly woman. Neither had ever been married and each had lived alone for many years. Gradually the old gentleman recognized a real attachment to her but was shy and afraid to reveal his feelings to her. After many days of anxiety and fear, he finally mustered up the courage to declare his intentions. He went over to her home and in a nervous frenzy blurted out, “Let’s get married!!!”

Surprised, she threw up her hands and shouted, “It’s a wonderful idea, but who in this world would have us?”