Despite its humble origins, the Church has made more changes on earth for good than any other movement of 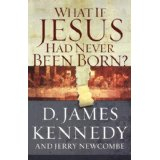 force in history. To get an overview of some of the positive contributions Christianity has made through the centuries, here are a few highlights:

(1) Hospitals, which essentially began during the Middle Ages.

(2) Universities, which also began during the Middle Ages. In addition, most of the world’s greatest universities were started for Christian purposes.

(3) Literacy and education for the masses.

(5) Representative government, particularly as it has been seen in the American experiment.

(6) The separation of political powers.

(8) The abolition of slavery, both in antiquity and in more modern times.

(10) The discovery of the New World by Columbus.

(15) The condemnation of adultery, homosexuality, and other sexual perversions. This has helped to preserve the human race, and it has spared many from heartache.

(17) The civilizing of many barbarian and primitive cultures.

(18) The codifying and setting to writing of many of the world’s languages.

(19) Greater development of art and music. The inspiration for the greatest works of art.

(20) The countless changed lives transformed from liabilities into assets to society because of the gospel.

(21) The eternal salvation of countless souls.

The last one mentioned, the salvation of souls, is the primary goal of the spread of Christianity. All the other benefits listed are basically just by-products of what Christianity has often brought when applied to daily living.

When Jesus Christ took upon Himself the form of a man, He imbued mankind with dignity and inherent value that had never been dreamed of before. Whatever Jesus touched or whatever He did transformed that aspect of human life.

Many are familiar with the 1946 film classic It’s a Wonderful Life, wherein the character played by Jimmy Stewart gets a chance to see what life would be like had he never been born. The main point of the film is that each person’s life has an impact on everybody else’s life. Had they never been born, there would be gaping holes left by their absence. Jesus has had an enormous impact—more than anybody else—in history. Had he never come, the hole would be a canyon about the size of a continent.

How different would your life be, had Jesus never been born?

What are you most thankful for – because of Jesus?

*Dennis James Kennedy (November 3, 1930 – September 5, 2007), better known as D. James Kennedy, was an American pastor, evangelist, and Christian broadcaster. He founded the Coral Ridge Presbyterian Church in Fort Lauderdale, Florida, where he was senior pastor from 1960 until his death in 2007. Kennedy also founded Evangelism Explosion International, Coral Ridge Ministries, the Westminster Academy in Ft. Lauderdale, the Knox Theological Seminary, and the Center for Reclaiming America for Christ, a socially conservative political group. In 1974, he began Coral Ridge Ministries, which produced his weekly religious television program, The Coral Ridge Hour, carried on various networks and syndicated on numerous other stations with a peak audience of three million viewers in 200 countries. The above 21 points were adapted from the Introduction to the fascinating book What if Jesus Had Never Been Born? Coauthored by D. James Kenney, and Jerry Newcombe, Nashville, Thomas Nelson, 2001. They go on to elaborate with overwhelming evidence the gaping hole that would exist – had Jesus never been born.

One thought on “21 Positive Contributions Christianity Has Made Through the Centuries By D. James Kennedy”