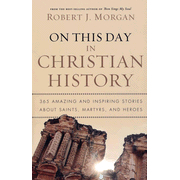 Series: On This Day in Church History

No generation is without its Christian heroes, but they were scarce in the tenth century. Ratherius might have been one but for his headstrong style. He was brilliant and religious, but opinionated and envious.

Ratherius was born near Verona, Italy. He excelled in school and eventually became a monk. In 931 he was consecrated Bishop of Verona. His tenure was turbulent, for he railed against the sins of the clergy. “The cohabitation of clergy with women,” he wrote, “is so customary, so public, that they think it lawful.” It wasn’t just immoral relationships that Ratherius had in mind, but wedded ones. He was merciless on priests who married, calling their unions “adulteries.”

The concept of a celibate clergy reaches early into church history. In the Eastern Church, the early councils approved marriage for clergymen. But the Western Church wasn’t so sure. At the Council of Nicaea, an idea arose for ministers to leave their wives and devote themselves to the single life. The scheme was rejected, but a few years later Pope Siricius ordered celibacy for priests. Later, Pope Leo decreed that if a married man entered the ministry, he was not to “put away” his wife, but to live with her “as brother and sister.”

The issue was being vigorously debated during the days of Ratherius, and the Bishop of Verona knew what he believed—that the single life allows full devotion to Christ. But his aggressive stance on that and other issues provoked backlash. He was deposed and imprisoned for two years, during which time, being without books, he wrote one entitled The Combat. He escaped to Southern France and supported himself by tutoring rich children. Being restored to his bishopric, he was soon deposed again. This time he became abbot of Alna, but he argued with his monks about the Eucharist. They sighed with relief when he returned a third time to Verona. Once again he was exiled, returning to the abbotship of Alna. He stayed there awhile then moved to other positions here and there before dying on April 25, 974.

Love each other as brothers and sisters and honor others more than you do yourself. Never give up. Eagerly follow the Holy Spirit and serve the Lord. Let your hope make you glad. Be patient in time of trouble and never stop praying. And do your best to live at peace with everyone. Romans 12:10-12,18