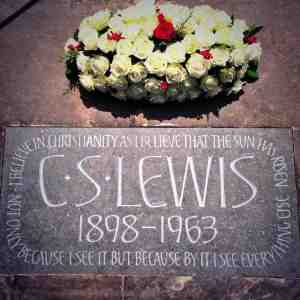 He went quietly. It was very British.

While the Americans rocked and reeled, and the world’s attention turned to Dallas and the assassination of President John F. Kennedy, one Clive Staples Lewis breathed his last in Oxford just a week shy of his 65th birthday. Strangely enough, science-fictionist Aldous Huxley passed the same day, and in one calendar square, three of the twentieth-century’s most influential figures were gone. 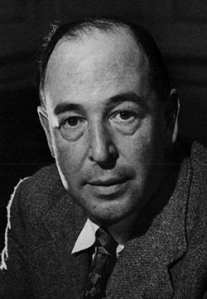 C.S. Lewis is known best for his series of seven short fiction books, the Chronicles of Narnia, which have sold over 100 million copies in 40 languages. With three of the stories already becoming major motion pictures, and the fourth in the making, Lewis is as popular today as he’s ever been. But even before he published Narnia in the early 1950s, he distinguished himself as a professor at Oxford and Cambridge, the world’s foremost expert in Medieval and Renaissance English literature, and one of the great lay thinkers and writers in two millennia of the Christian church.

Lewis was born in Belfast, Northern Ireland, in 1898. He became an atheist in his teens, and stridently such in his twenties, before slowly warming to theism in his early thirties, and finally being fully converted to Christianity at age 33. And he would prove to be for many, as he was for his friend Owen Barfield, the “most thoroughly converted man I have ever known.”

What catches the eye about Lewis’s star in the constellation of Christian thinkers and writers is his utter commitment to the life of the mind and the life of the heart. He both thinks and feels with the best. Lewis insisted that rigorous thought and deep affections were not at odds, but mutually supportive. And as impressive as he was in arguing for it, he was even more convincing in his demonstration.

What eventually led Lewis to theism, and finally to Christianity, was Longing — an ache for Joy with a capital J. He had learned all too well that relentless rationality could not adequately explain the depth and complexity of human life, or the textures and hues of the world in which we find ourselves. From early on, an angst gnawed at him which one day he would express so memorably in his most well-known single book, Mere Christianity: “If I find in myself a desire which no experience in this world can satisfy, the most probable explanation is that I was made for another world.”

This World and the Other

Such is the heart of his genius, his spiritual genius. So few treat the world in all its detail and contour like he does, and yet so few tirelessly point us beyond this world, with all its concreteness and color and taste, with the aggression and ardor of C.S. Lewis.

And so for many his impact has been so personal. For me, it was a six-word sentence in Lewis — “we are far too easily pleased” — that popped the hood on a massive remodeling of my soul.

If we consider the unblushing promises of reward and the staggering nature of the rewards promised in the Gospels, it would seem that Our Lord finds our desires not too strong, but too weak. We are half-hearted creatures, fooling about with drink and sex and ambition when infinite joy is offered us, like an ignorant child who wants to go on making mud pies in a slum because he cannot imagine what is meant by the offer of a holiday at the sea. We are far too easily pleased.

Does Jesus really find our desires not too strong, but too weak? I had long professed Christianity, but this tasted so different than what I knew. It tasted! This affirmation of happiness and pleasure and desire and delight was, to me, so new in the context of the Christian faith. And Lewis was the chef.

My notions about God and the Christian life were exposed as mere duty-driven, and my soul was thrilling at the possibility that Christianity might not mean muting my desires but being encouraged (even commanded!) to turn them up — up to God.

Feel the Weight of Glory

As a layman, Lewis didn’t preach weekly, but occasionally had his chance at a pulpit. His most remembered sermon is one he preached under the title “The Weight of Glory.”

When he breathed his last and quietly slipped from this life 50 years ago now, he took one big step toward becoming the kind of glorious creature in the coming new creation he speaks about in that sermon.

It is a serious thing to live in a society of possible gods and goddesses, to remember that the dullest and most uninteresting person you can talk to may one day be a creature which, if you saw it now, you would be strongly tempted to worship, or else a horror and a corruption such as you now meet, if at all, only in a nightmare.

All day long we are, in some degree, helping each other to one or other of these destinations. It is in the light of these overwhelming possibilities, it is with the awe and the circumspection proper to them, that we should conduct all our dealings with one another, all friendships, all loves, all play, all politics.

There are no ordinary people. You have never talked to a mere mortal. Nations, cultures, arts, civilisations — these are mortal, and their life is to ours as the life of a gnat. But it is immortals whom we joke with, work with, marry, snub, and exploit — immortal horrors or everlasting splendours.

This does not mean that we are to be perpetually solemn. We must play. But our merriment must be of that kind (and it is, in fact, the merriest kind) which exists between people who have, from the outset, taken each other seriously.

For a growing number of us, Lewis occupies a class to himself. Few, if any, have taught us so much about this world, and the next, save the Scriptures. If you’d like to take him seriously, and with the smile and warmth he requests, start with his Mere Christianity, The Screwtape Letters, The Abolition of Man, the Chronicles of Narnia, or just about anything you can find with his name as author. His writings are pervasively thoughtful, engaging, provoking, and rewarding. He will not disappoint.

ARTICLE ADAPTED FROM http://www.desiringgod.org/blog/posts/half-a-century-since-c-s-lewis. 11/22/2013. This article also appears in the Minneapolis StarTribune and Saint Paul Pioneer Press. For more on the fiftieth anniversary of Lewis’s death, see Justin Taylor’s and Joe Rigney’s brief comparison of Lewis and Kennedy, “The Two Jacks.” Rigney’s ebook on Narnia is discounted for the fiftieth anniversary. He was a seminar speaker at our recent National Conference celebrating Lewis’s life and work, from which the full audio and video are available, as well as John Piper’s 2010 biographical address on Lewis, “Lessons from an Inconsolable Soul.”

David Mathis (@davidcmathis) is executive editor at desiringGod.org and an elder at Bethlehem Baptist Church, Minneapolis. He has edited several books, including Thinking. Loving. Doing., Finish the Mission, and Acting the Miracle, and is co-author of How to Stay Christian in Seminary.